Actor Payne Johnson will attend his second Sons of the Desert International Convention during Laurel and Hardywood this July. Although Payne is known to Laurel and Hardy fans as “Jiggs,” the first little pig in “Babes in Toyland,” he appeared in more than 100 motion pictures including such classics as “Pride of the Yankees,” “Skippy,” “Dante’s Inferno,” “Drums Along the Mohawk,” “The Road to Singapore” and “The Blue Bird.” His siblings also were much in demand in films. His brother, Cullen, appeared with Our Gang and his older brother was popular character actor Dick Winslow. 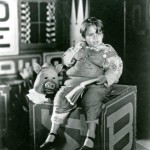 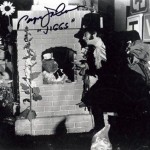 Payne’s Our Gang films included “The Our Gang Follies of 1938” and “Aladdin’s Lantern.” He was one of the kids in the crowd in “Pigskin Palooka,” which was filmed in front of the Palms Station (Pottsville).  He will be on hand the night that we “Party at Pottsville”.

A gentle reminder that the discounted price for the convention expires in a couple of weeks (April 22nd).  Be sure to get your reservation in now to save money.  There are only 10 places left for the once in a lifetime opportunity to cruise on John Wayne’s former yacht “The Wild Goose” and have lunch aboard the HMS Queen Mary.  Don’t get shut out!  See you aboard!