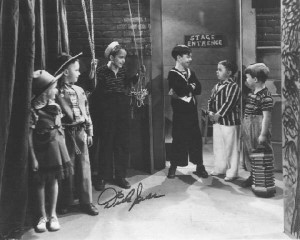 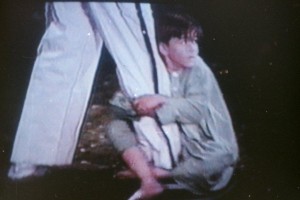 Laurel and Hardywood is thrilled to announce that Dickie Jones will attend the Going Bye-Bye farewell brunch of the convention.

Dick appeared with Laurel and Hardy in Babes in Toyland and was featured in several Our Gang Comedies.  He starred as Henry Aldrich in the hit radio series The Aldrich Family.  On TV, he co-starred with Jock Mahoney in The Range Rider and starred in the Buffalo Bill Jr. program for Gene Autry Productions.  Dick was James Stewart’s page in the film Mr. Smith Goes to Washington and the voice of Pinocchio in the Disney classic, for which he was named a Disney Legend.

Dick and his lovely wife, Betty, attended numerous Way Out West Tent meetings and banquets over the years.  It’s an honor to welcome Dick to the convention. 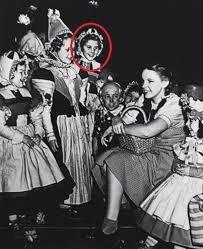 The former Priscilla Montgomery and her husband Bud Clark will make their second Sons of the Desert appearance during Laurel and Hardywood.  (They attended a San Diego Saps at Sea meeting a year ago along with Patsy Currier and Payne Johnson.)  Priscilla was in about a half dozen Our Gang Comedies including Our Gang Follies of 1938 (as Dickie Jones’ dance partner), Rushin’ Ballet, Aladdin’s Lamp and Ye Olde Minstrels.  She also appeared in the classic film  A Wonderful Life and was a child munchkin in The Wizard of Oz.  We are pleased that Bud and Priscilla will attend the Our Gang Reunion of 2014.