A year ago today, the convention began with some Sons* on a two-hour walking tour of the former MGM Studios, now Sony Studios (a studio where Stan and Ollie worked). While touring those sacred grounds, we saw the famous Irving Thalberg Building and several actual Academy Awards given out for Best Picture of the Year to Columbia Studios. We also visited the set of Jeopardy, and saw the costume, sound, make-up and Foley departments. Many of the buildings are named after famous movie stars of the era such as Spencer Tracy, Katharine Hepburn and George Burns.

Lunch was provided (turkey or veggie sandwich, chips and a drink) at the Sony Complex, which also is chock-full of movie props from recent mega-hit motion pictures.

Then we boarded 13-passenger open vans for the trip back to the hotel via a tour of the homes of the rich and famous in Beverly Hills. En route, we saw the homes used in Big Business, Bacon Grabbers, The Finishing Touch, and drove by 20th Century Fox Studios where the boys also filmed some of their later pictures. We passed the filming location of Busy Bodies and the opening scene of Pack Up Your Troubles. We also stopped in front of the homes of Laurel and Hardy. (*The other half of the conventioneers enjoyed the exact same tour in reverse order.)

Once back at the Loews Hollywood Hotel, we had time to freshen up before joining the cocktail mixer at the hotel and then taking a short stroll down Hollywood Boulevard to Sid Grauman’s very first theater, The Egyptian, for the grand premiere of the convention. We saw rare films and celebrity guests at the theater. 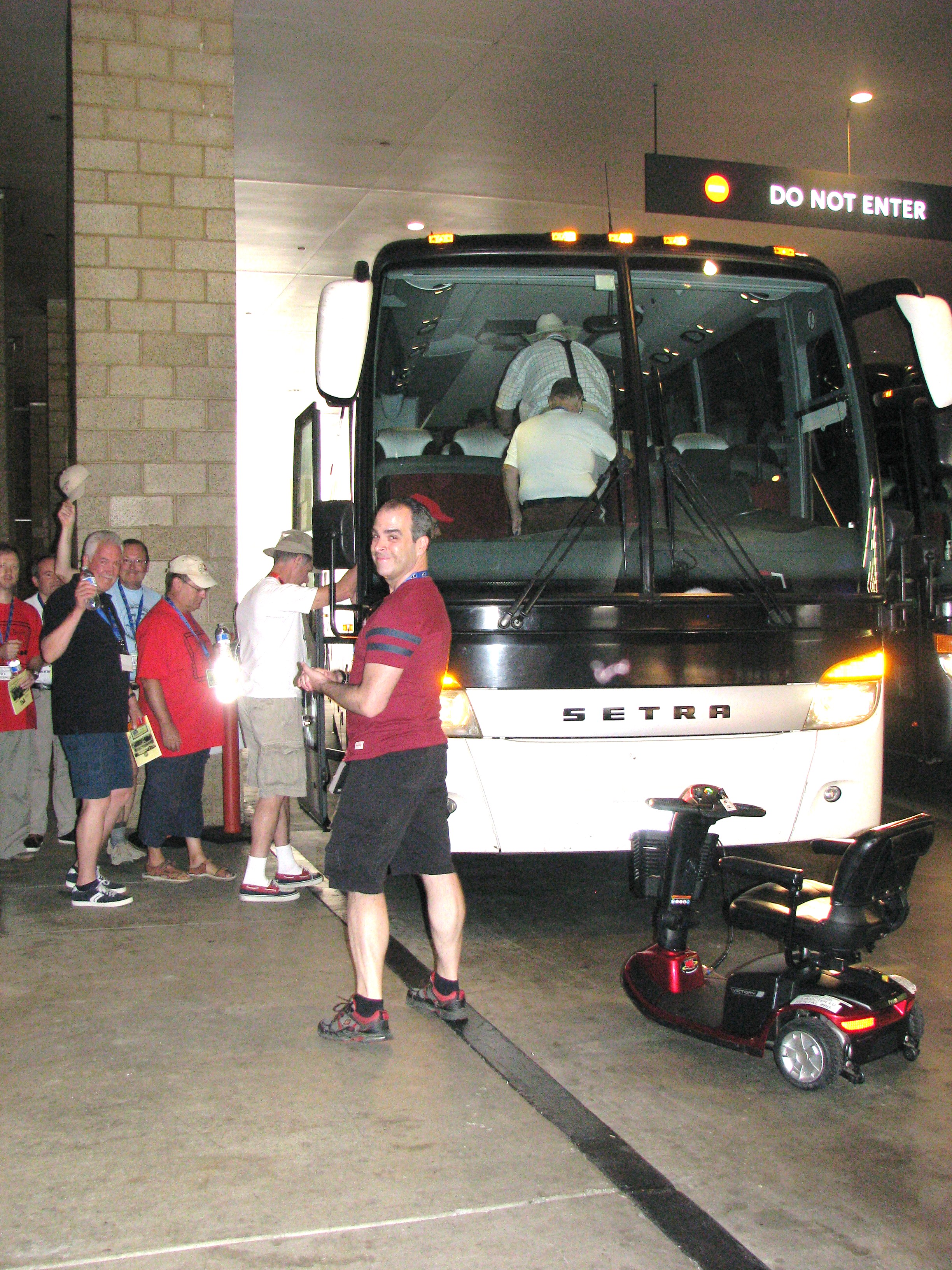 David Rodriguez oversees the boarding of the large coaches. 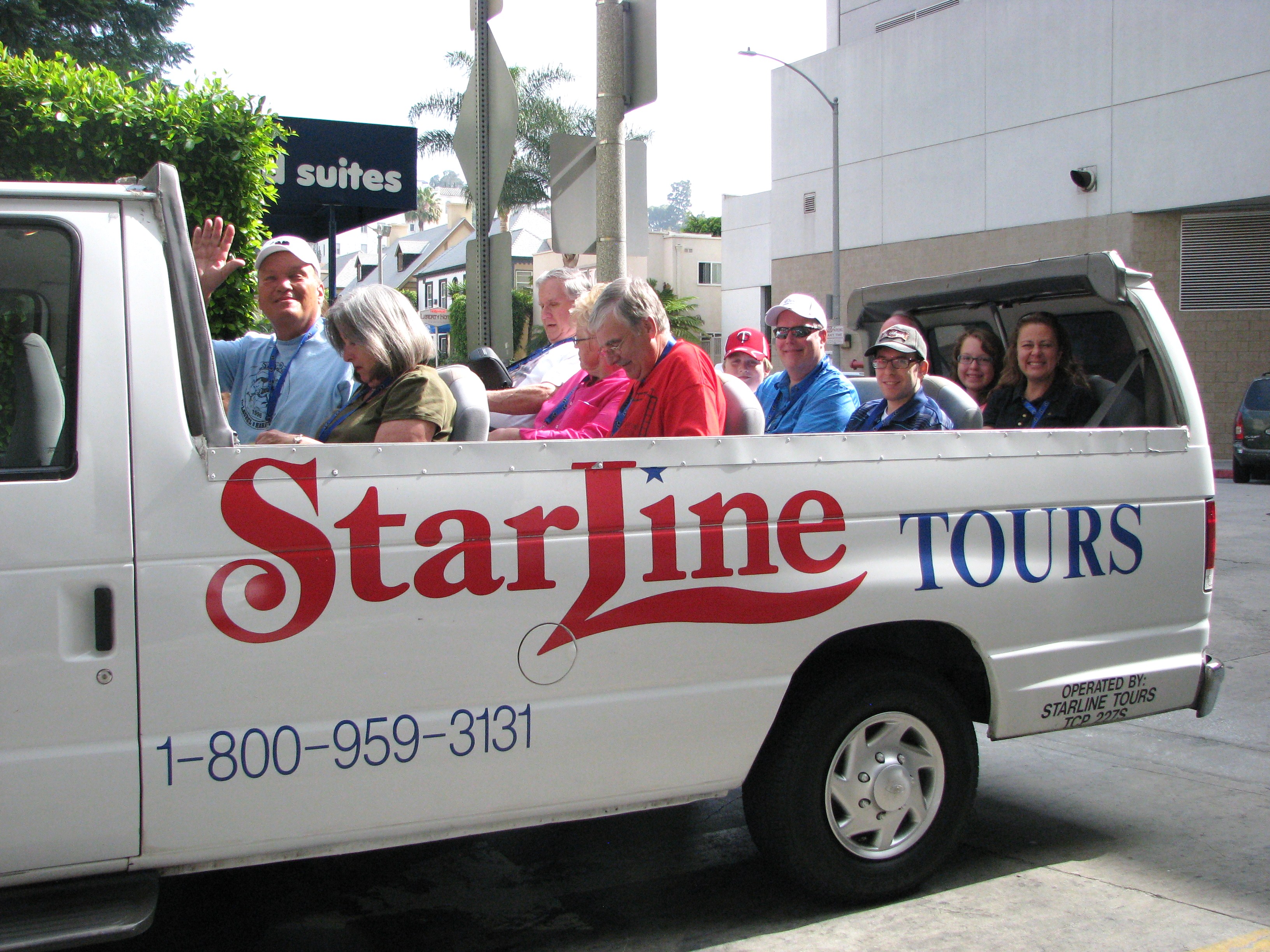 The mini-vans were loaded and ready for the trip through Beverly Hills, Cheviot Hills and Culver City. 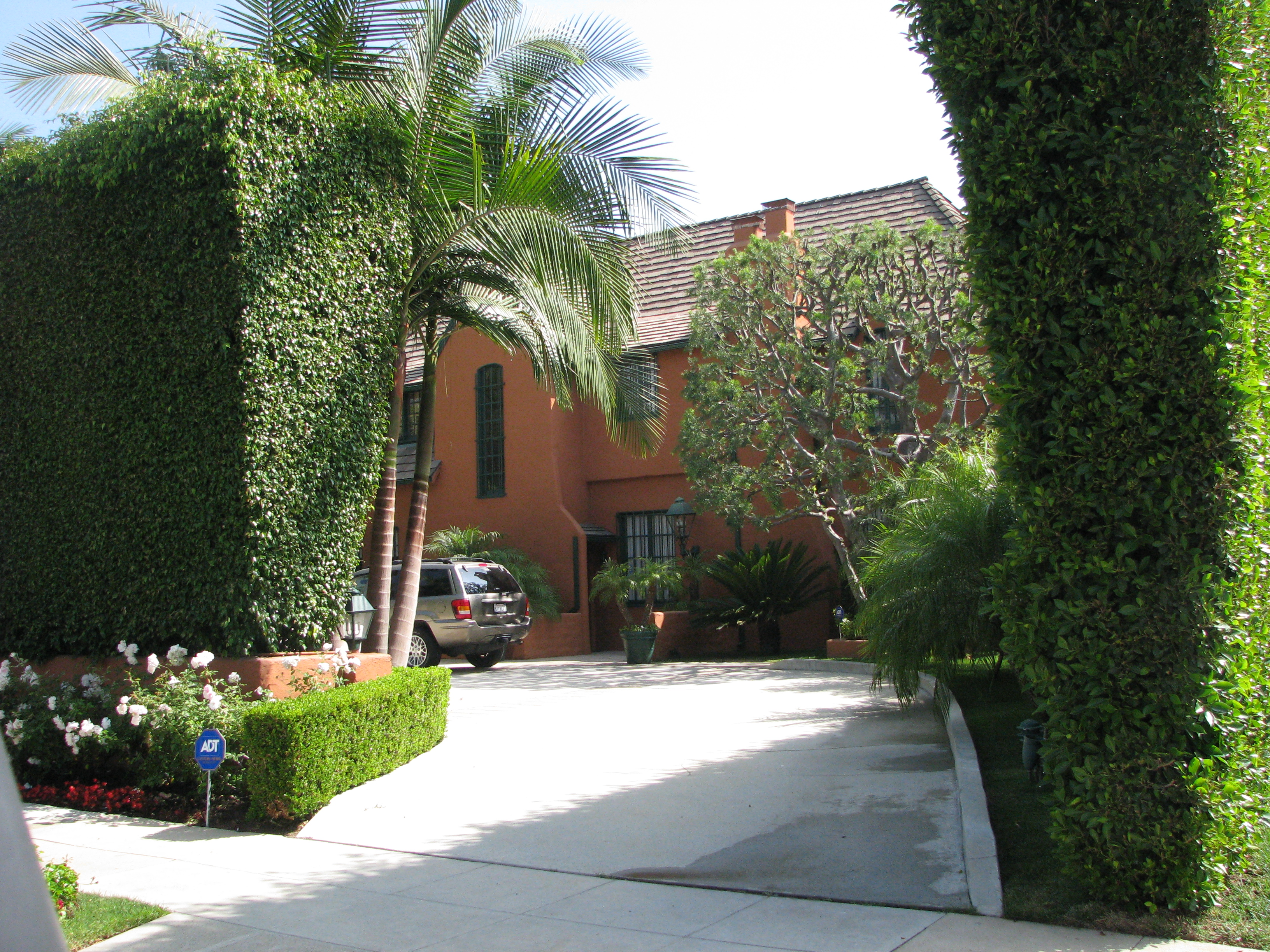 Oliver Hardy and Stand Laurel’s Beverly Hills homes were a part of the tour for the first time. 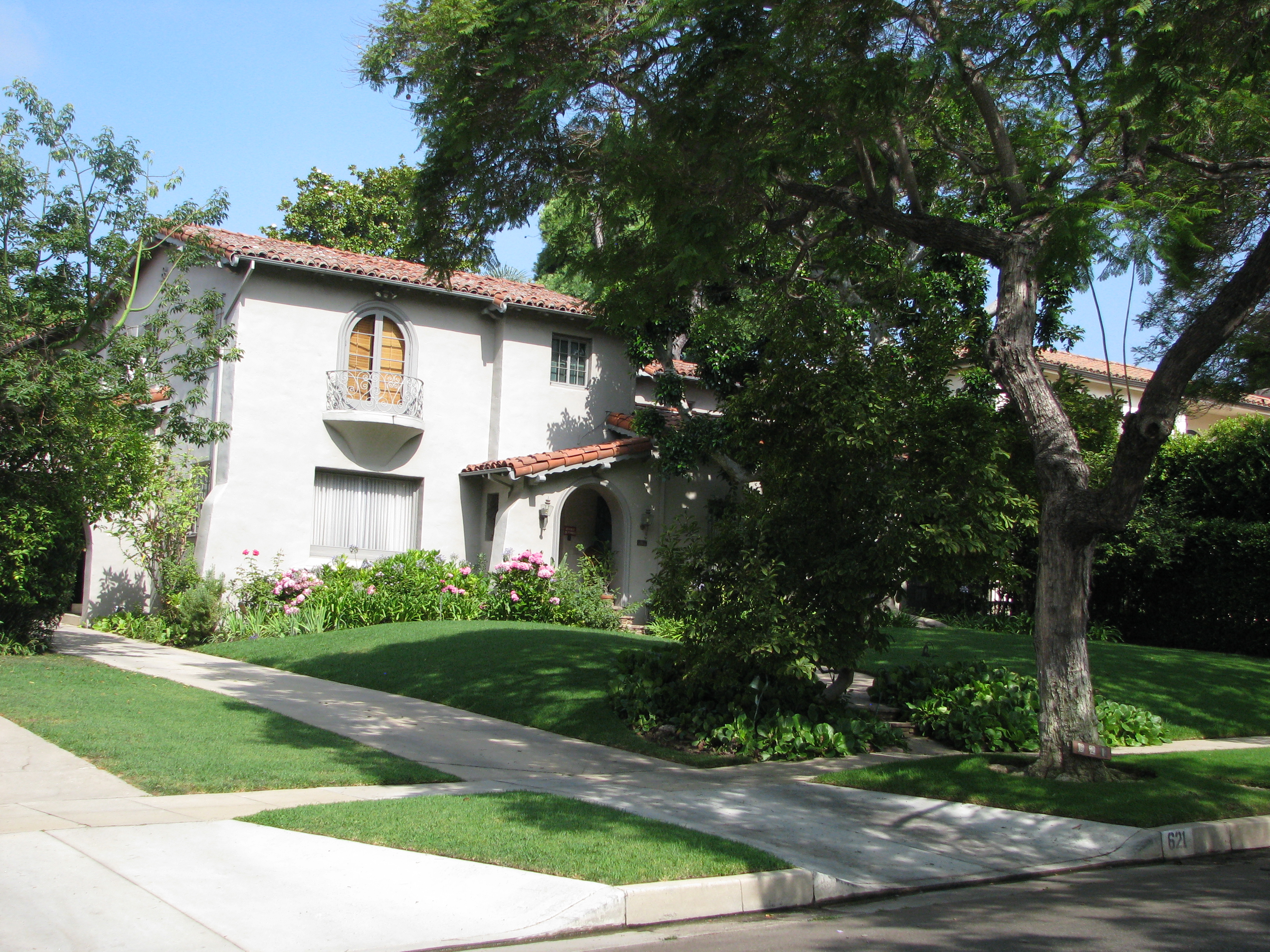 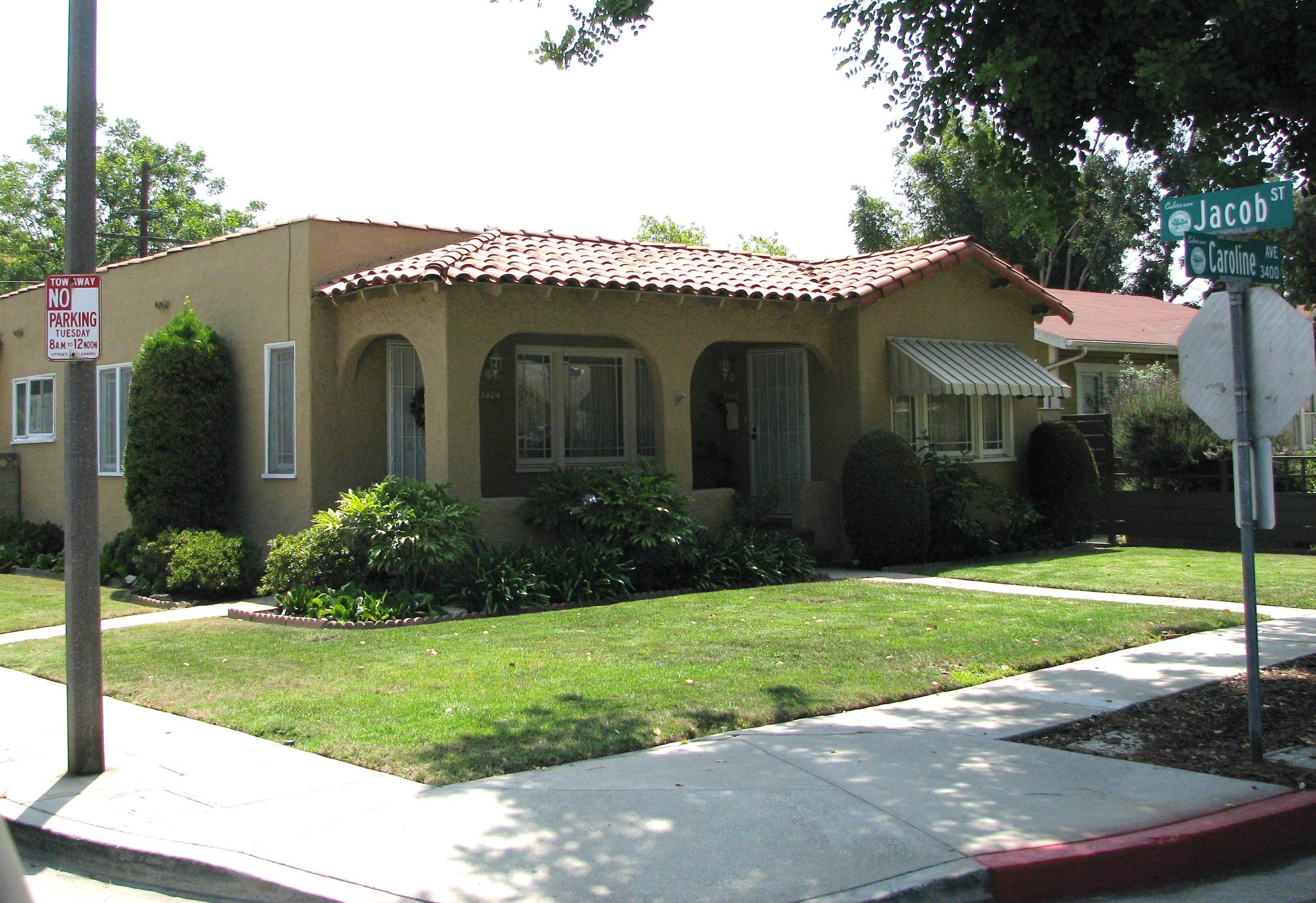 The first Big Business house and the Perfect Day House were seen in Culver City. 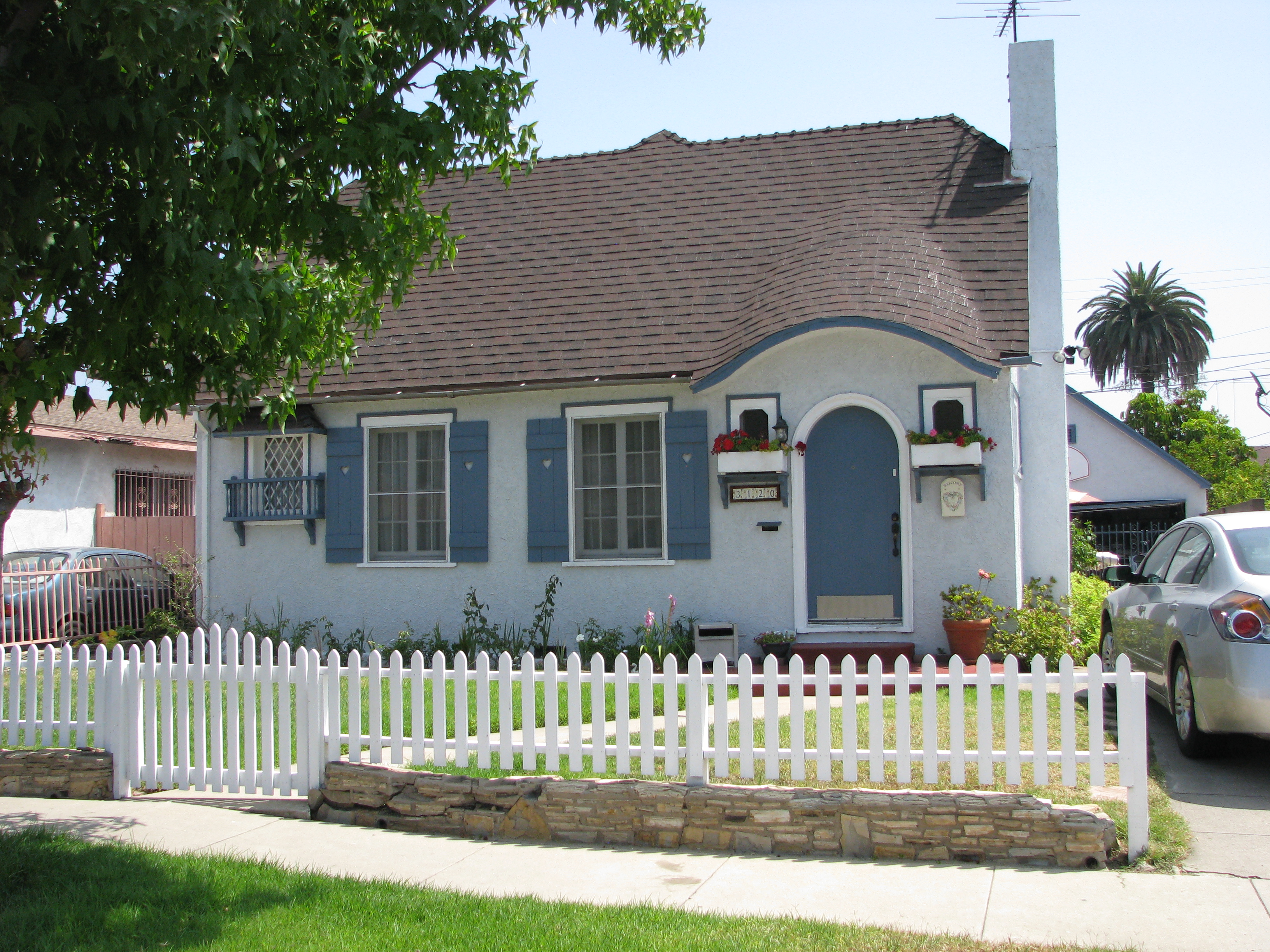 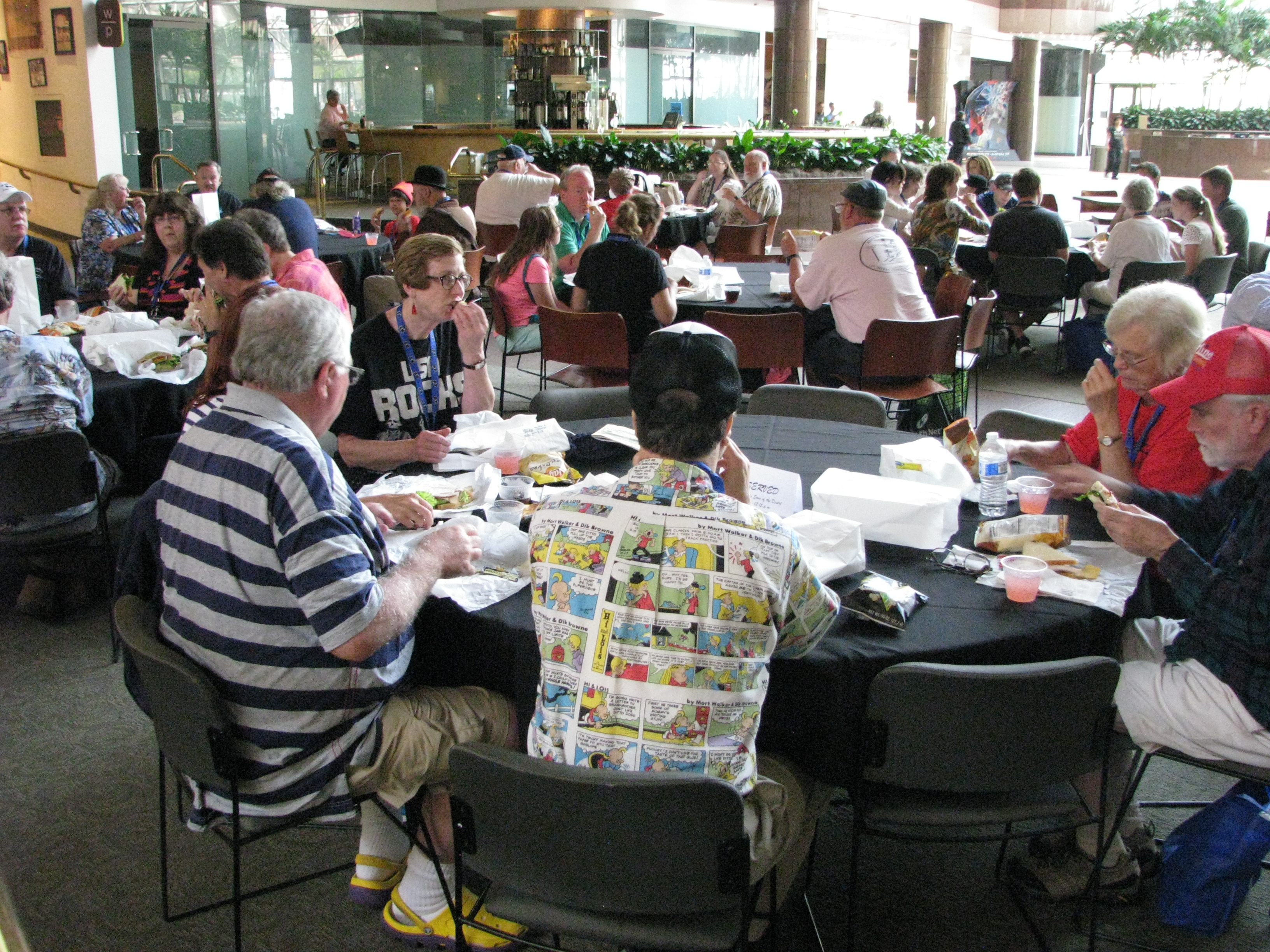 After the tour all conventioneers gather for lunch at the Sony Complex and those that took the mini-van tour would see a video about their upcoming tour of Sony (formerly MGM) Studios as those that toured the studios already would take the mini-van tour back to the hotel. And all sons were given a special lanyard with their pictures and the boys. 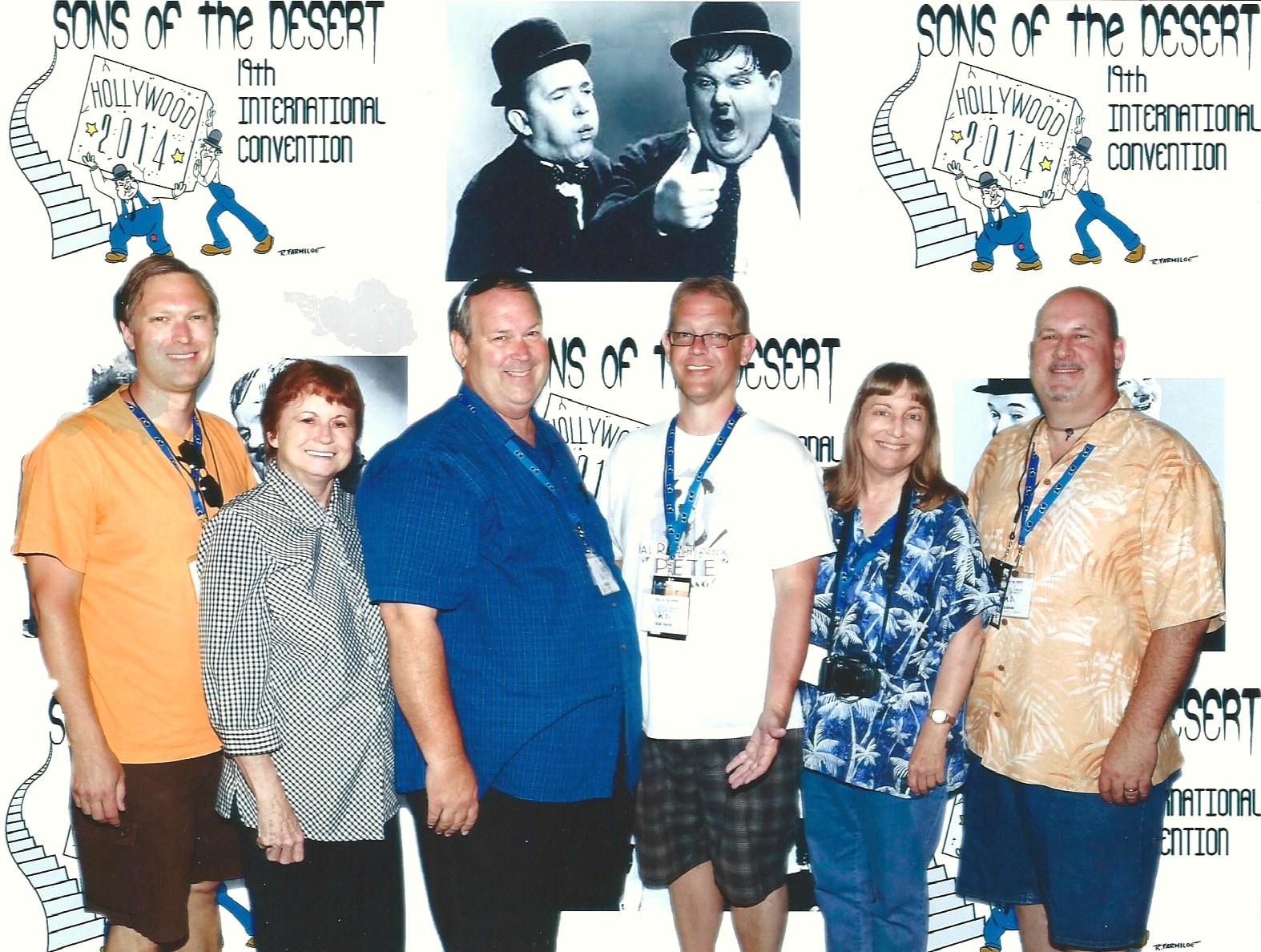 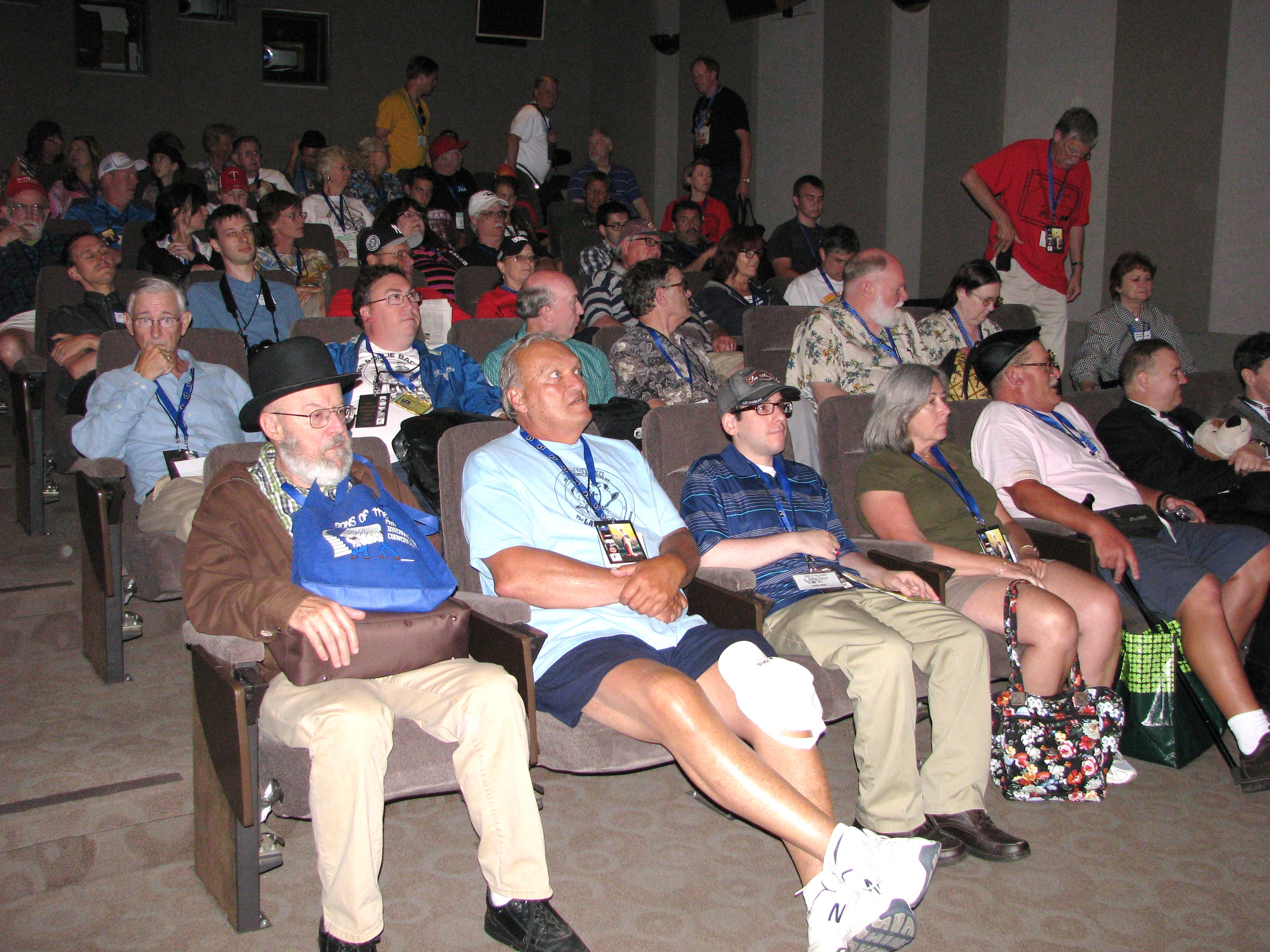 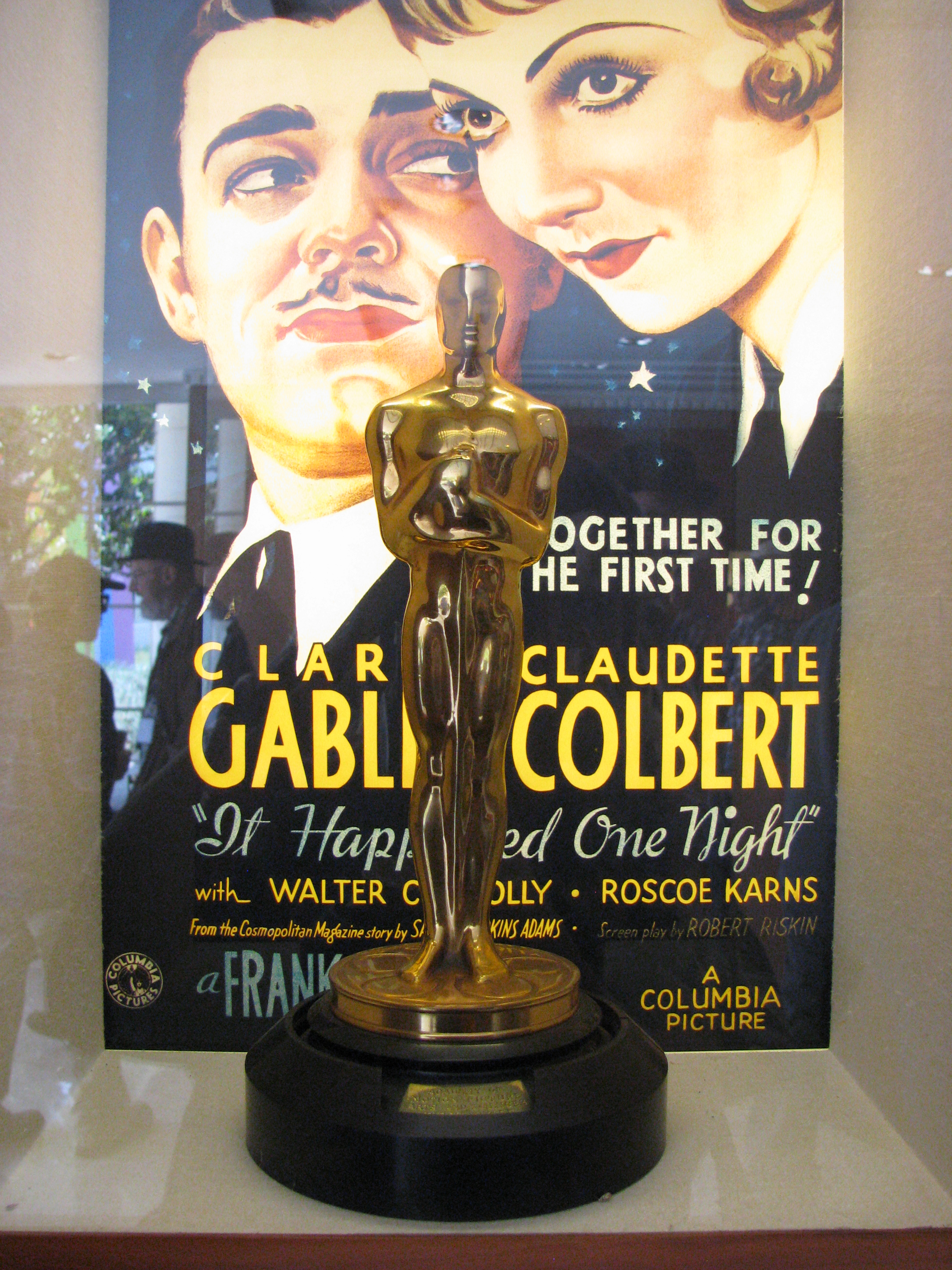 During the studio tour one could see Academy Awards that Columbia Studios won, this one for Best Picture for It Happened One Night. 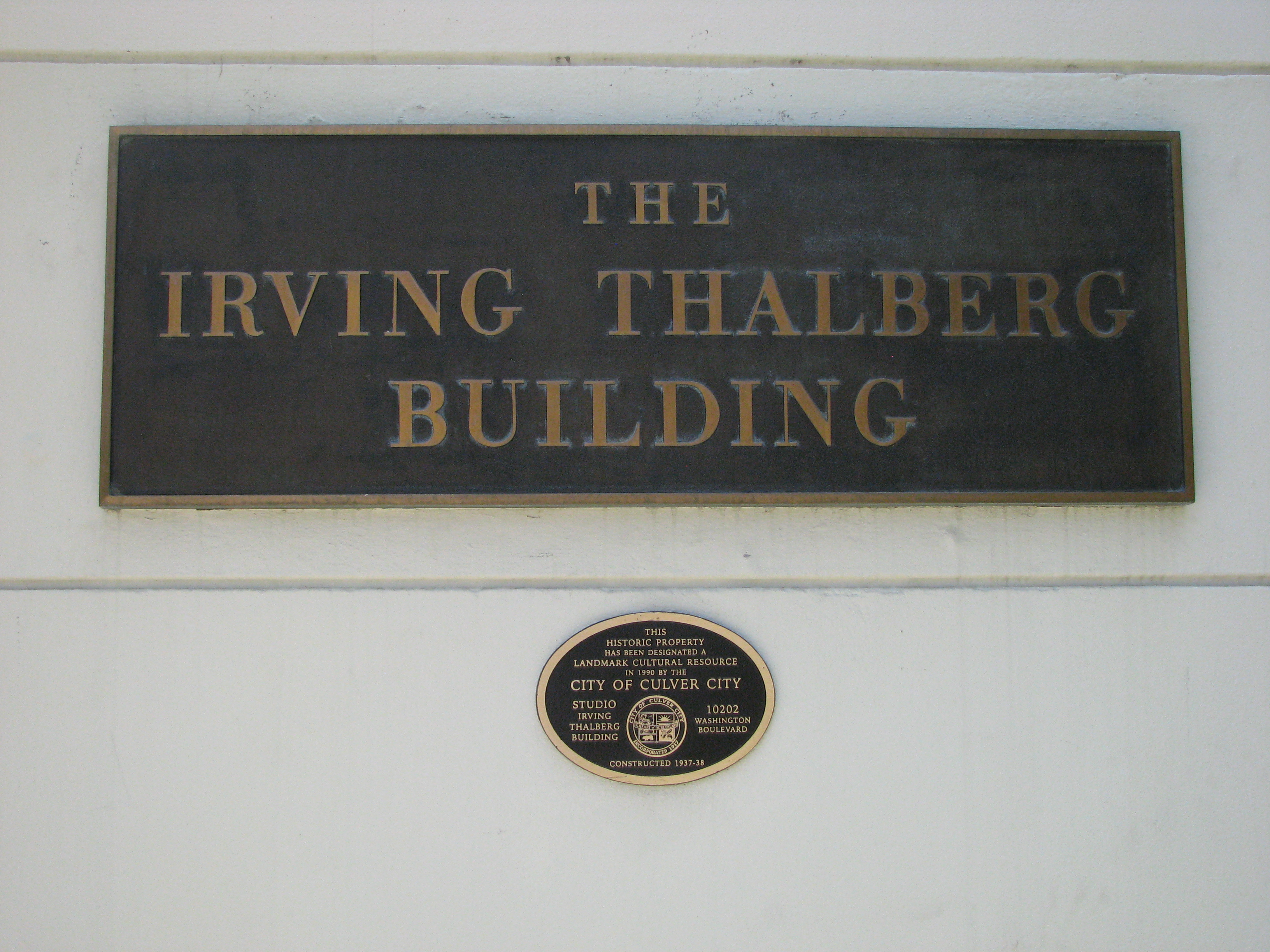 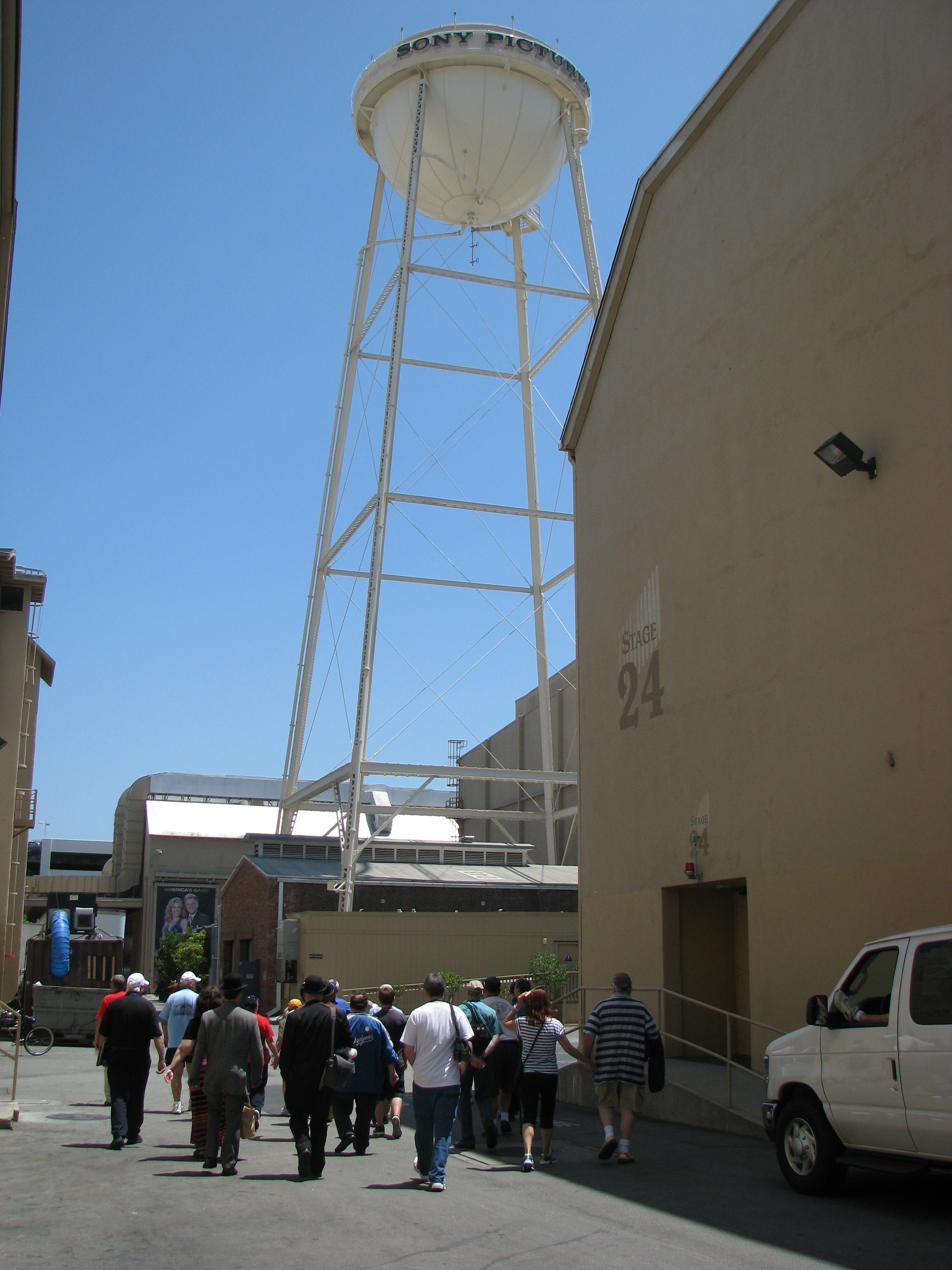 The studio tour continued as Howard Newman would enjoy being on the Jeopardy set. 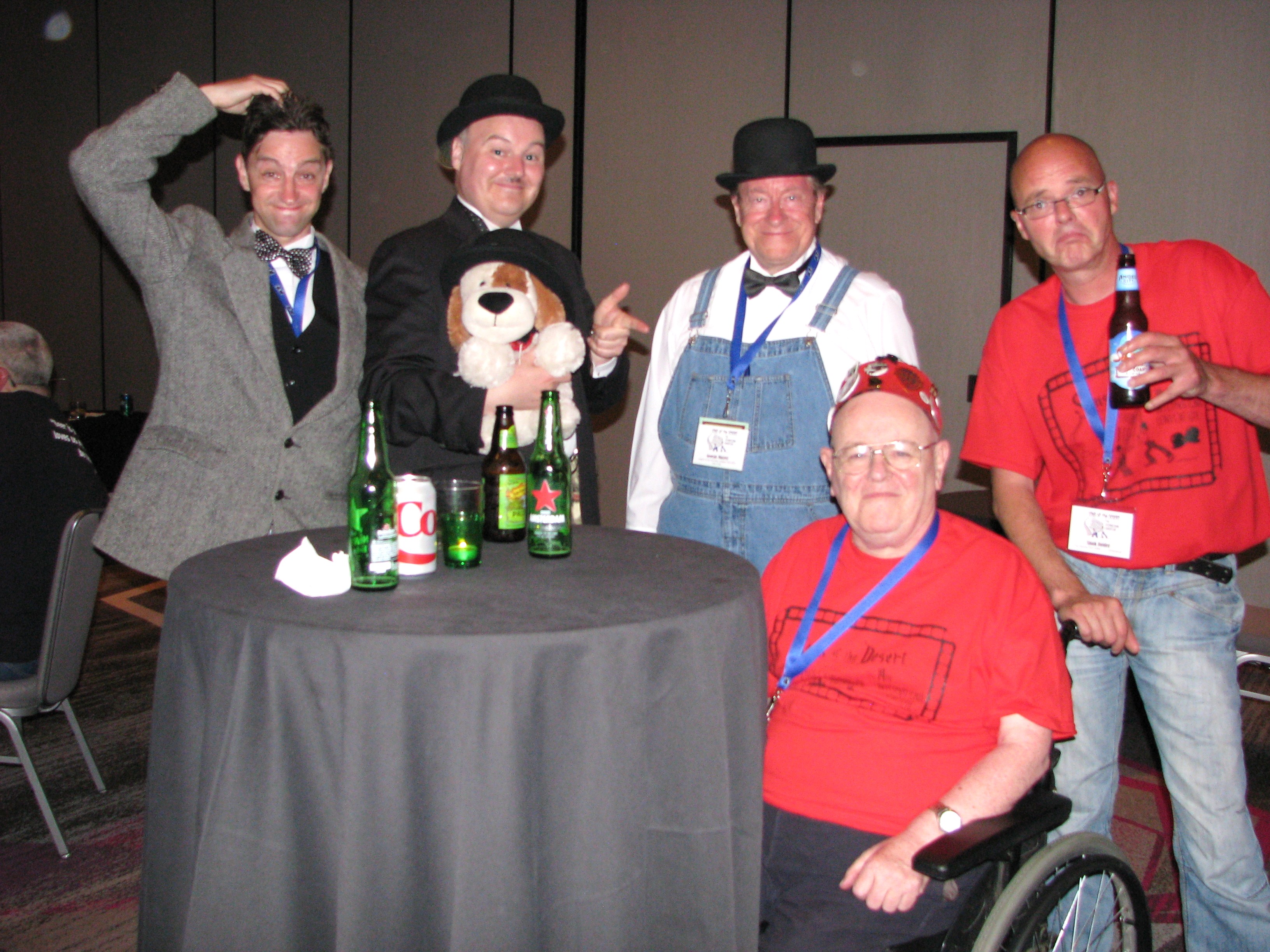 Back at the Hollywood Hotel sons enjoyed a private reception before walking to the famed Egyptian Hotel for Opening Night festivities. Opening Night at the Egyptian Theater and the stars would begin to arrive. I got to greet long time LA TV personality Tom Hatten who would show L&H and Our Gang on his shows. Joan as seen in the film 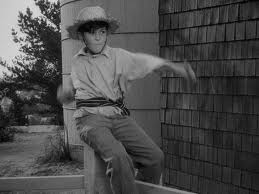 Ralph as seen in the film Emo Philips runs across Philip Hutchinson (Ollie from the UK). One of the Sons Founding Members actor Orson Bean and his wife Alley Mills (from the Wonder Years) pose with Lois. The givers of the toasts pose on stage before taking their seats (Joan, Ralph, film historian Leonard Maltin and Tommy) Sons head back to the hotel after this amazing night of movies from the historic Egyptian Theater.