The final day, one year ago!  The Going Bye-Bye Brunch featured a buffet and the traditional passing of the pineapple. After brunch a slide show of the hundreds of pictures Marcia Opal took during the convention was shown by the DJ. The very talented Jim MacGeorge entertained. I then thanked the many folks that helped out. And to all that helped with items for the museum, hosted a bus, and pitched in during the convention I tip my derby! Thanks.

That evening, we returned to the Egyptian Theater for a final screening of more Hal Roach films.  And sadly, the convention came to an end. 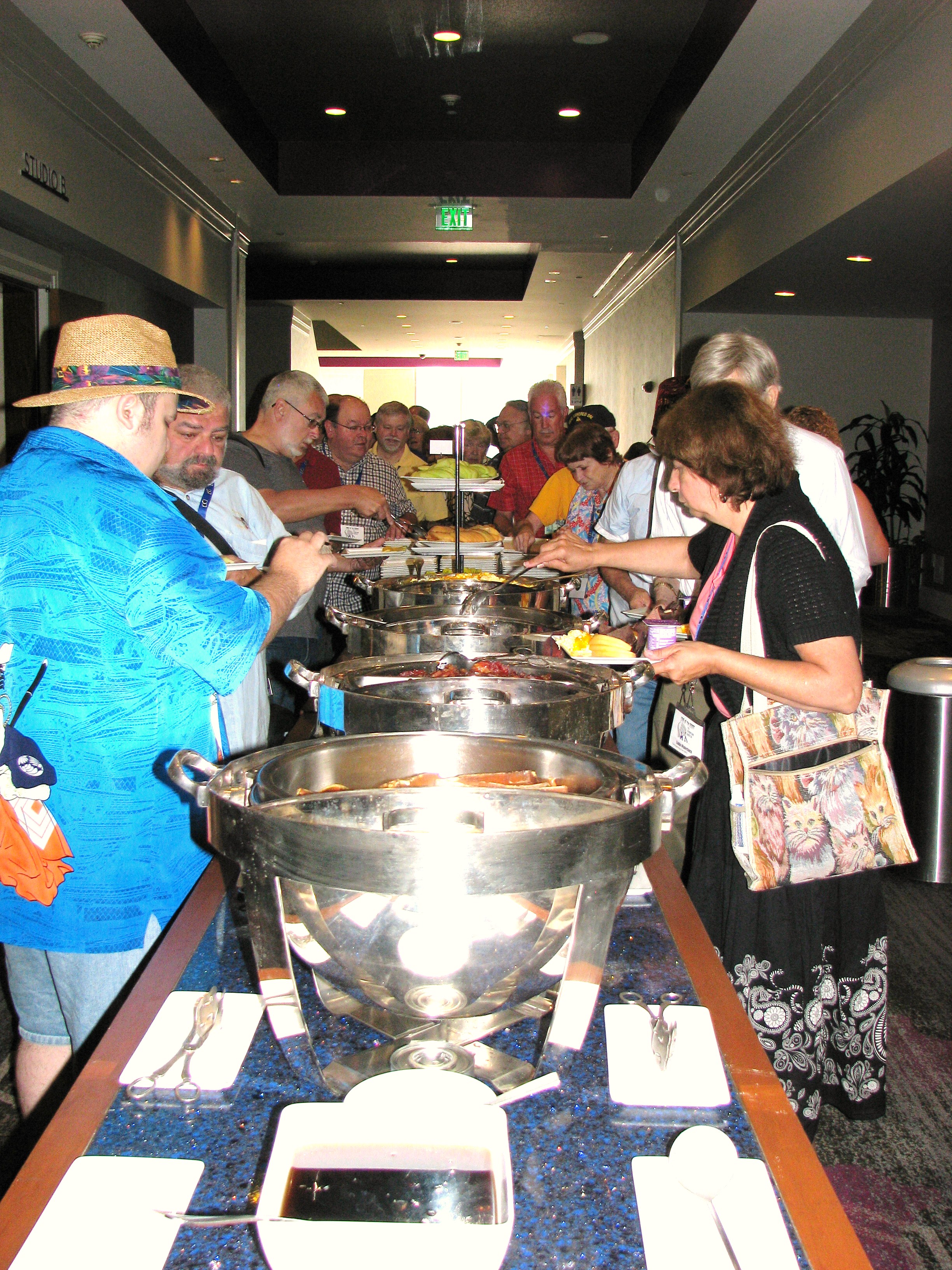 The Sunday Brunch was finally here. 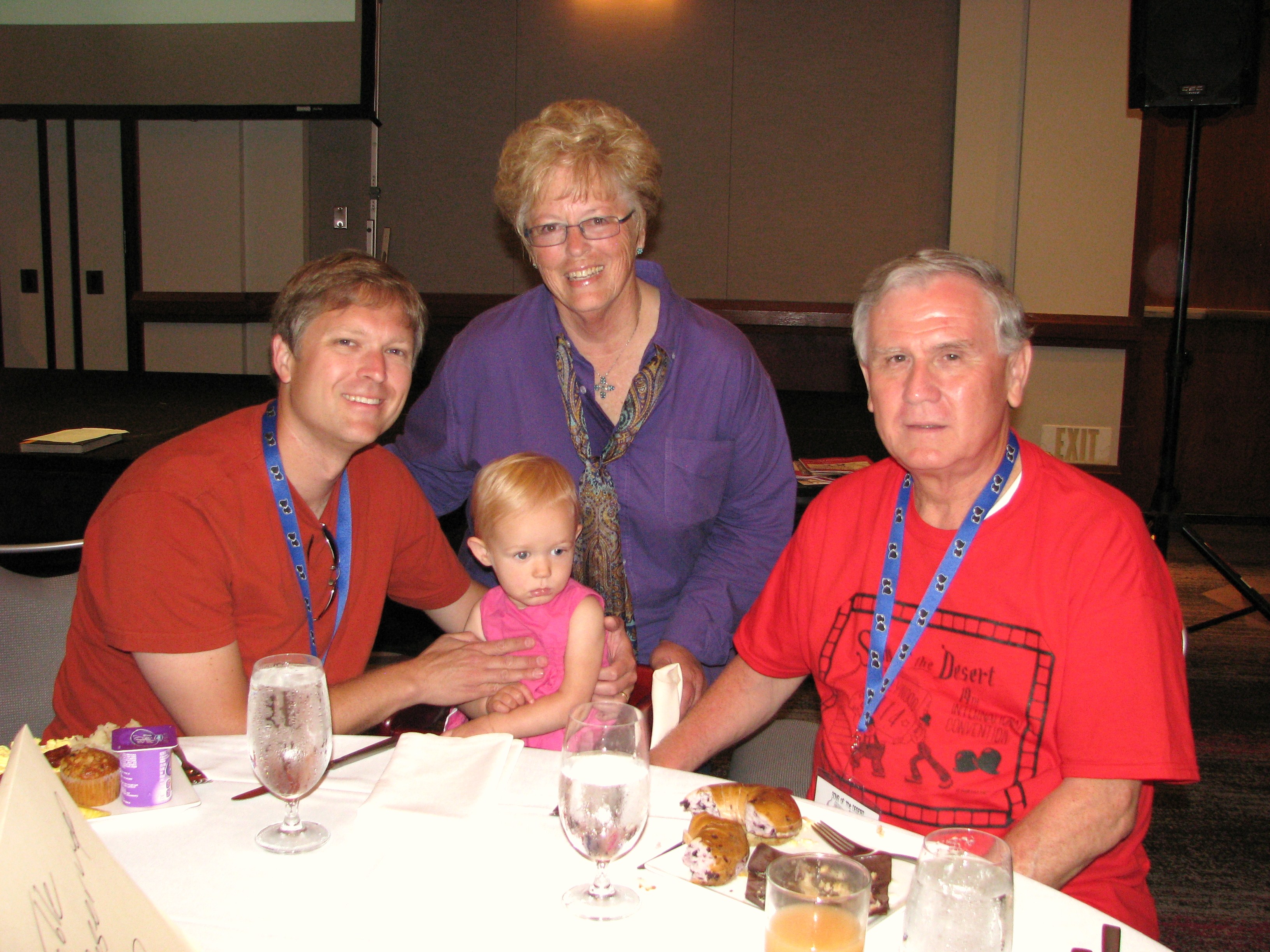 The Wiley Family (including young Cate making her convention debut). 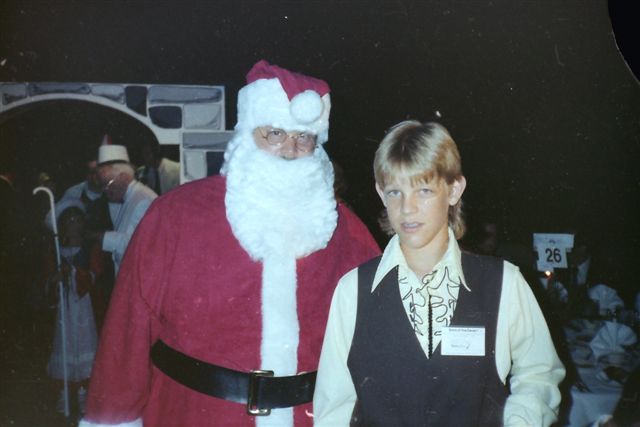 Brad Farrell who I am still embarrassed to this day I left out of the thank you’s and since I didn’t have a picture thanking him I am using this picture of our first official meeting during the 1986 convention. Sorry Brad, I really do appreciate all you did and some of what you continue to do! IN leaving out Brad, he could not of thanked David Rodriquez for helping him, so Thanks David! 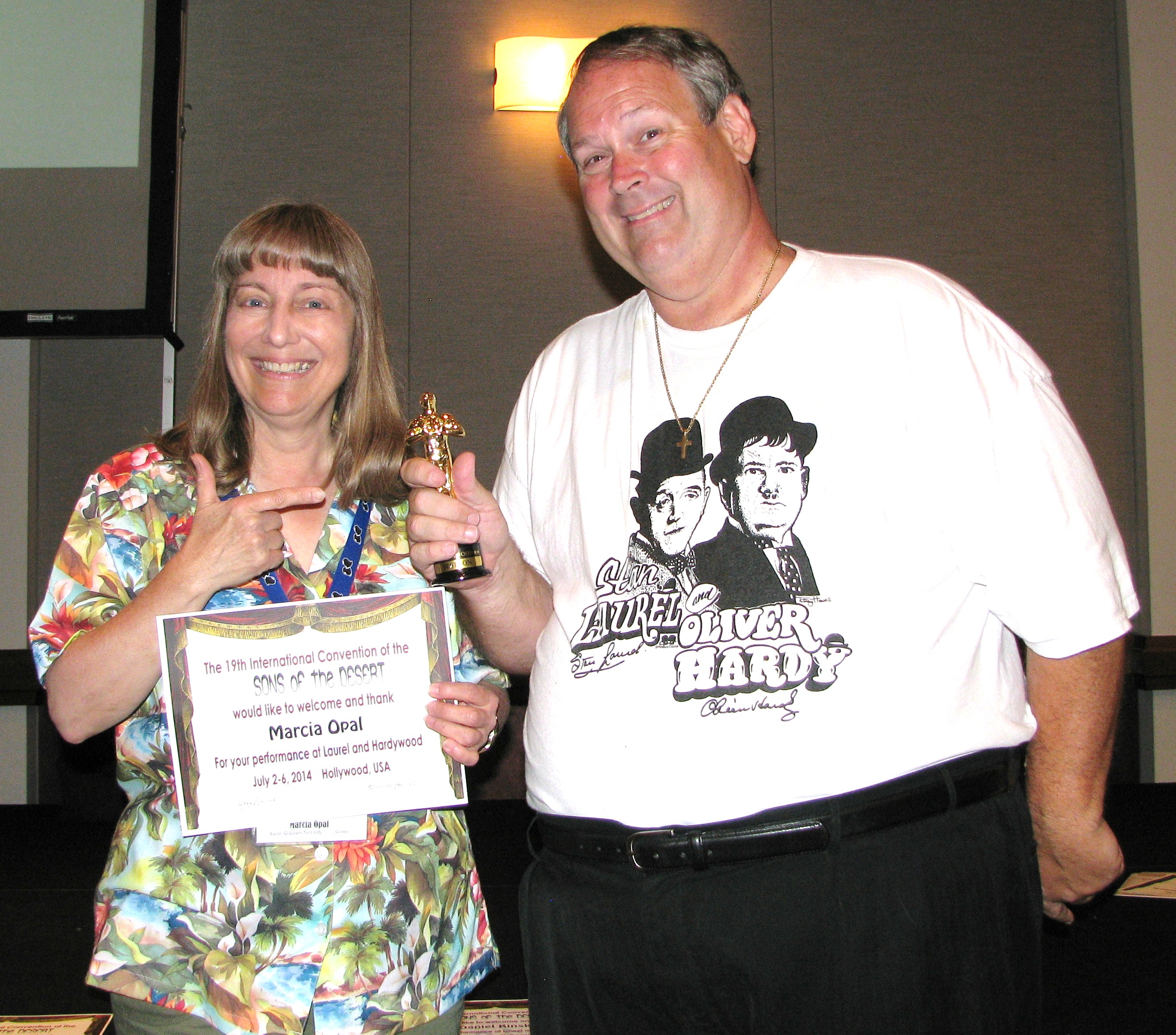 Marcia Opal who put the program together and gave moral support. 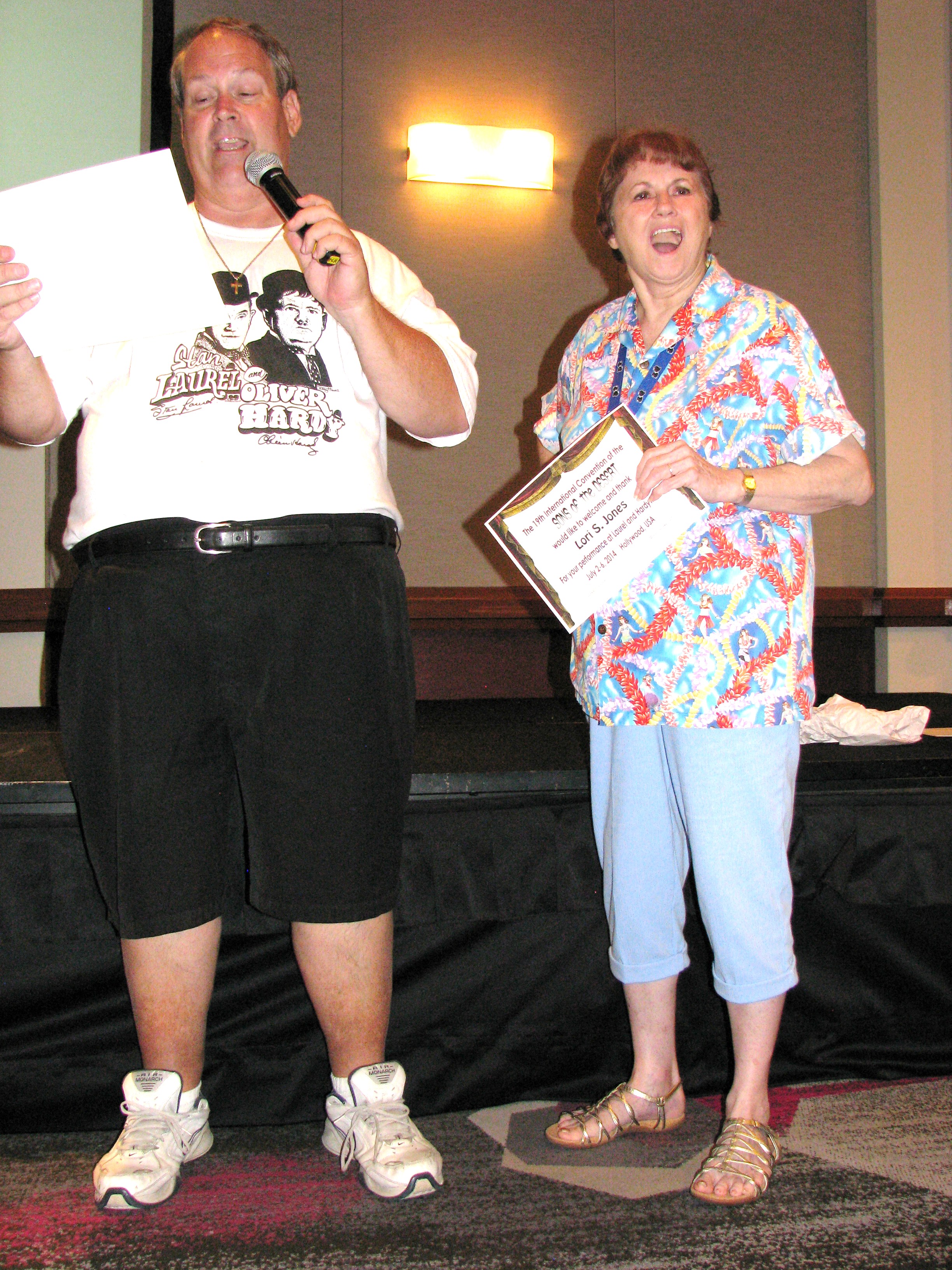 And of course the First Lady of the Sons Lori Jones McCaffery for taking care of registration. 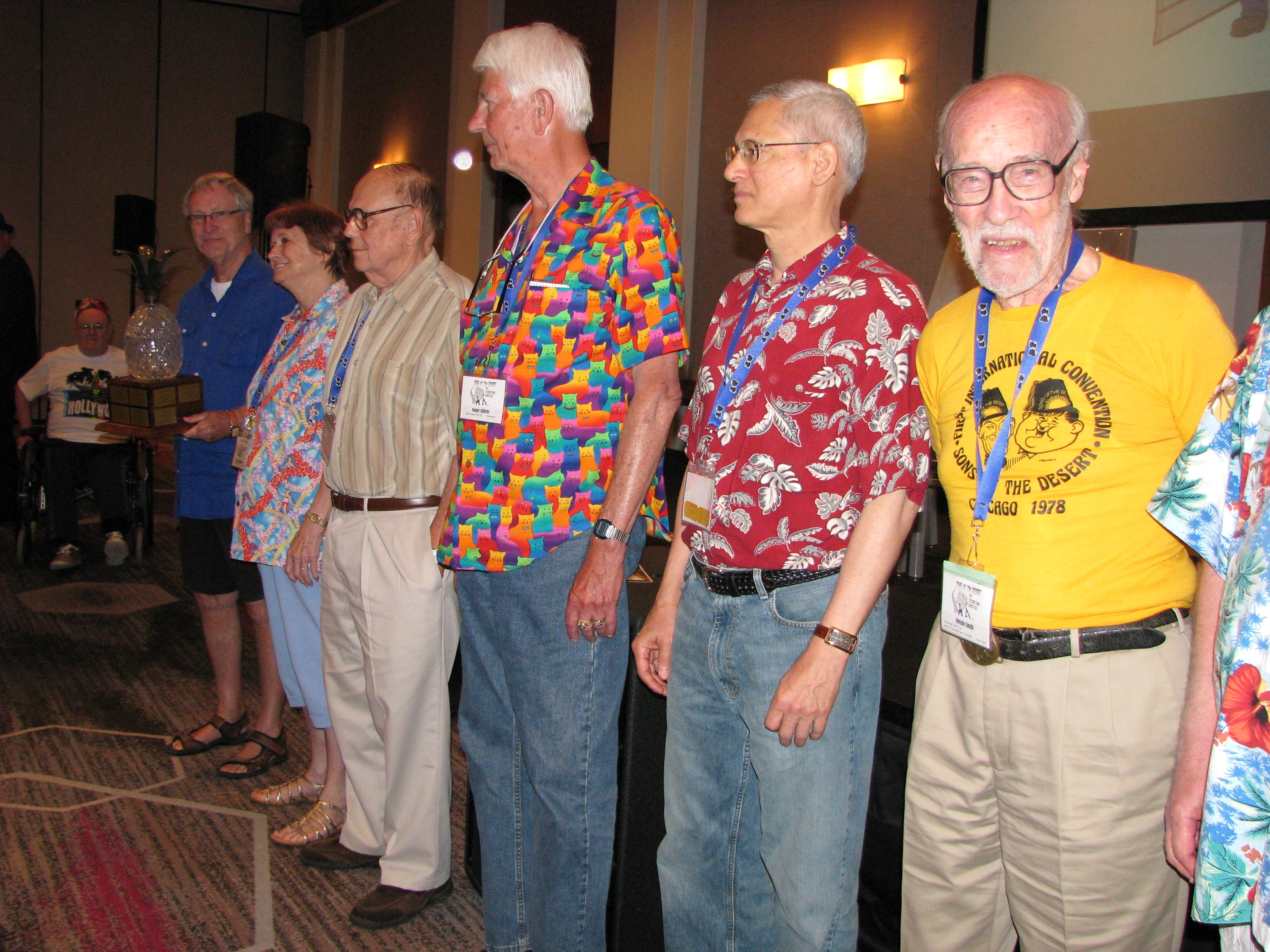 The long passing of the pineapple finally reached Chris Coffey and is over the pond now waiting for Sons to enjoy their convention next summer! 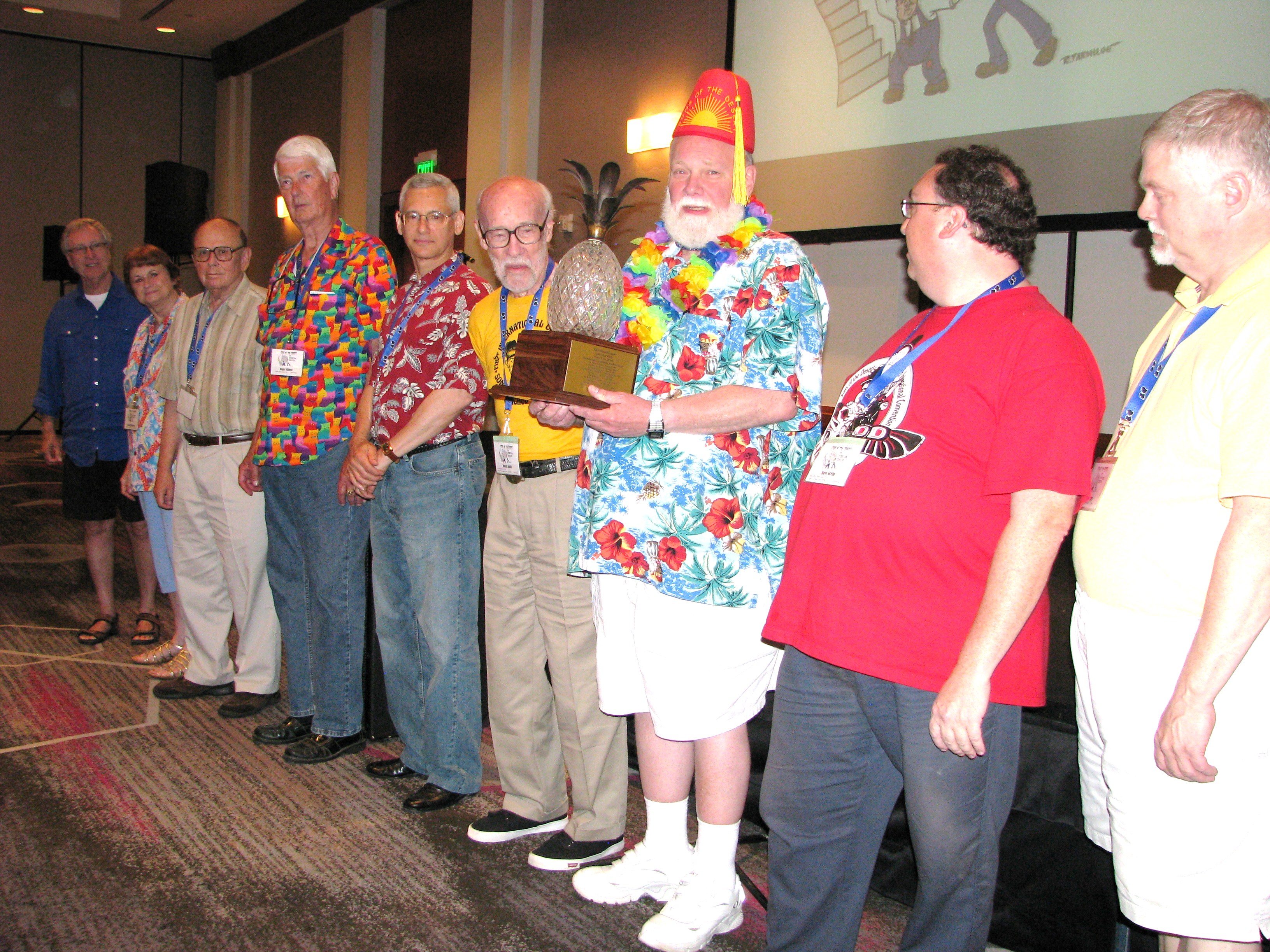 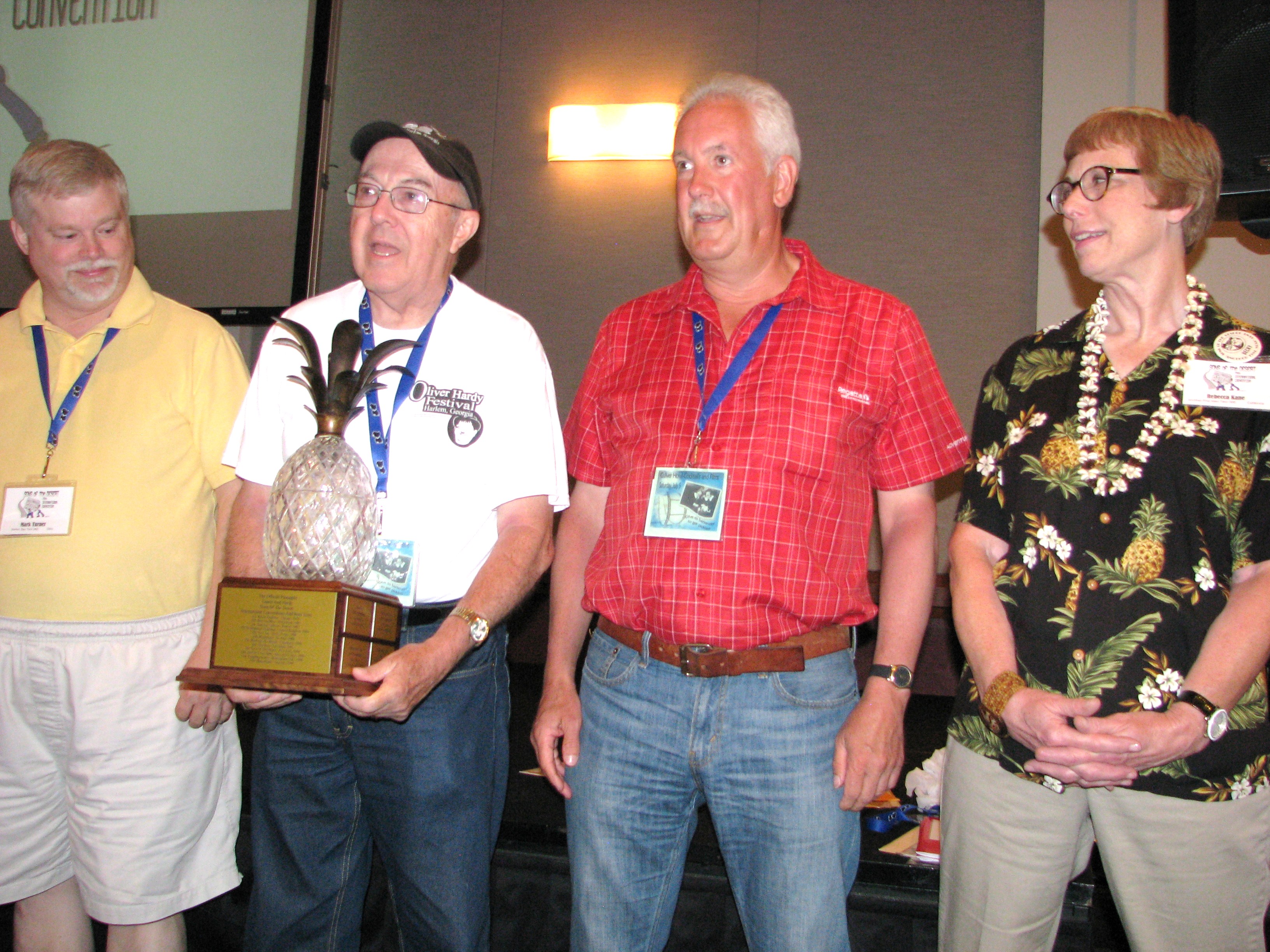 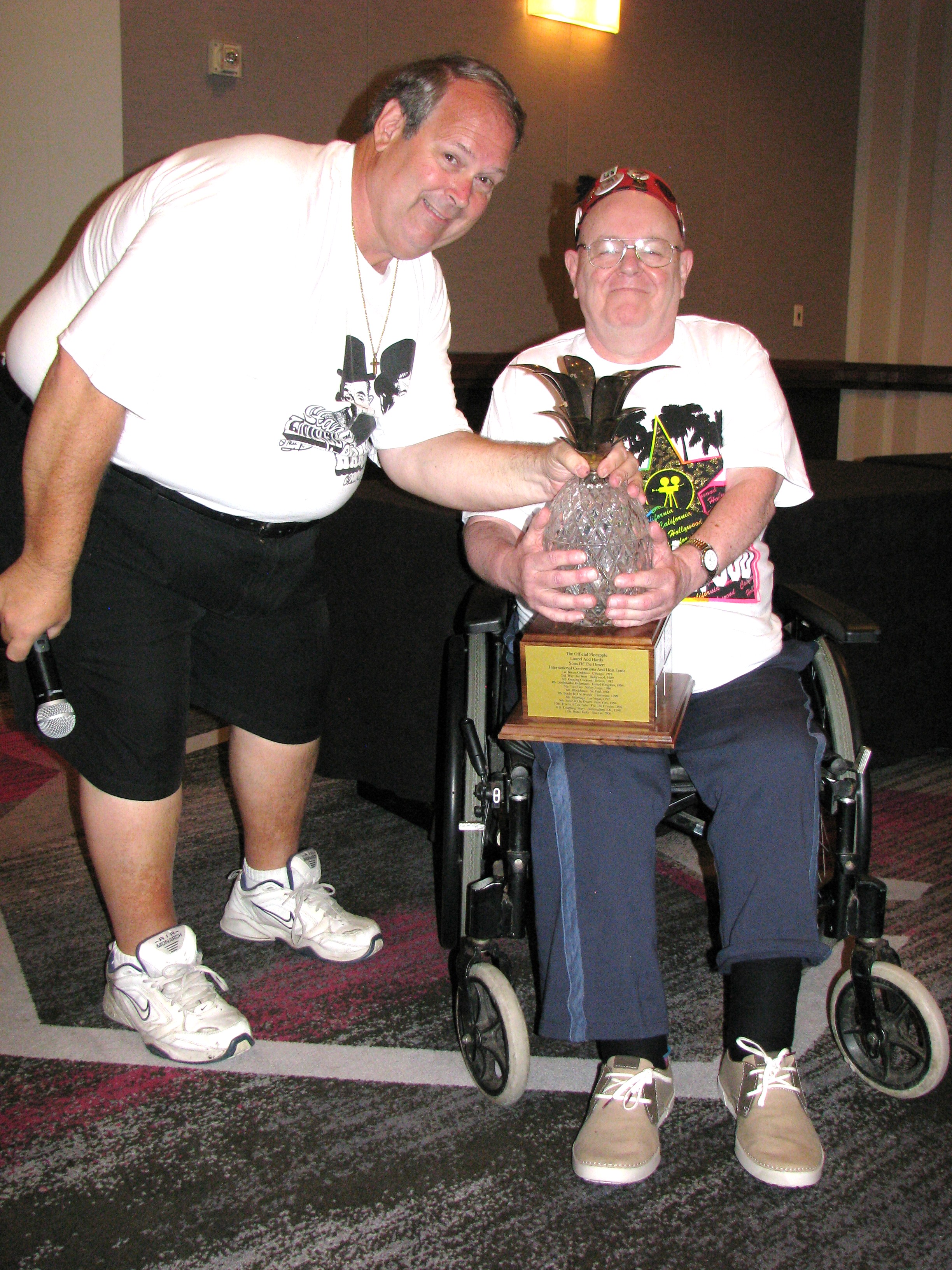 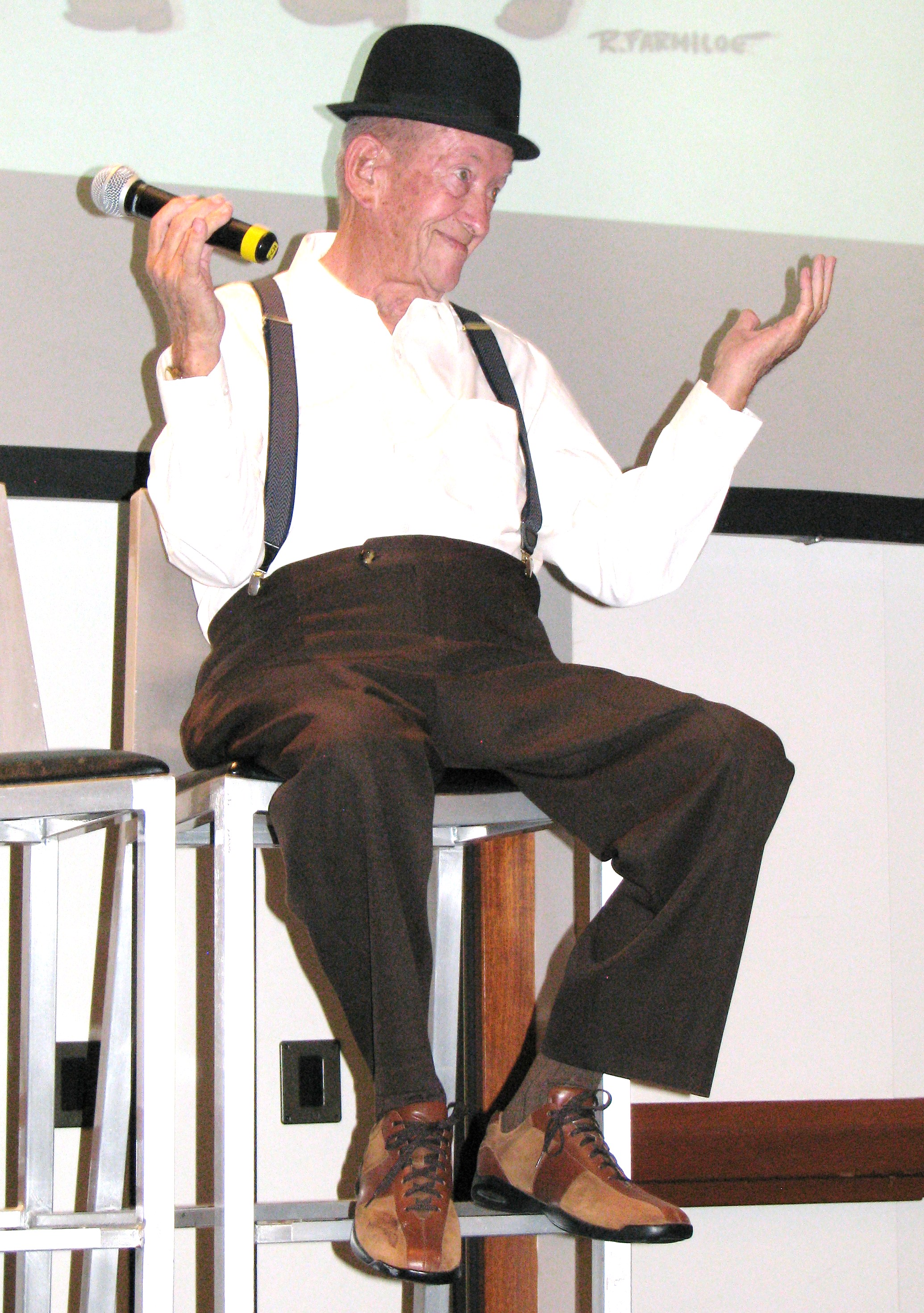 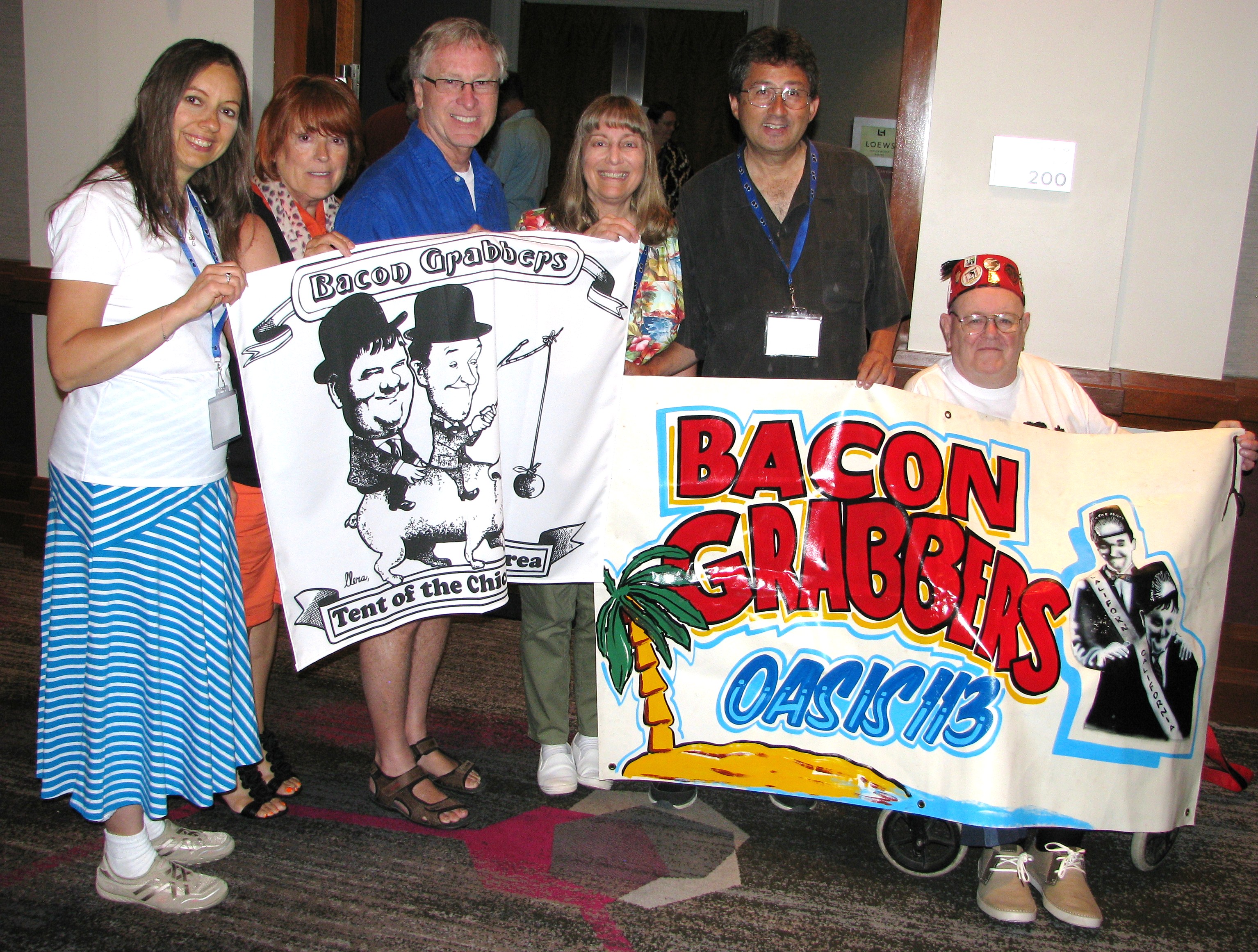 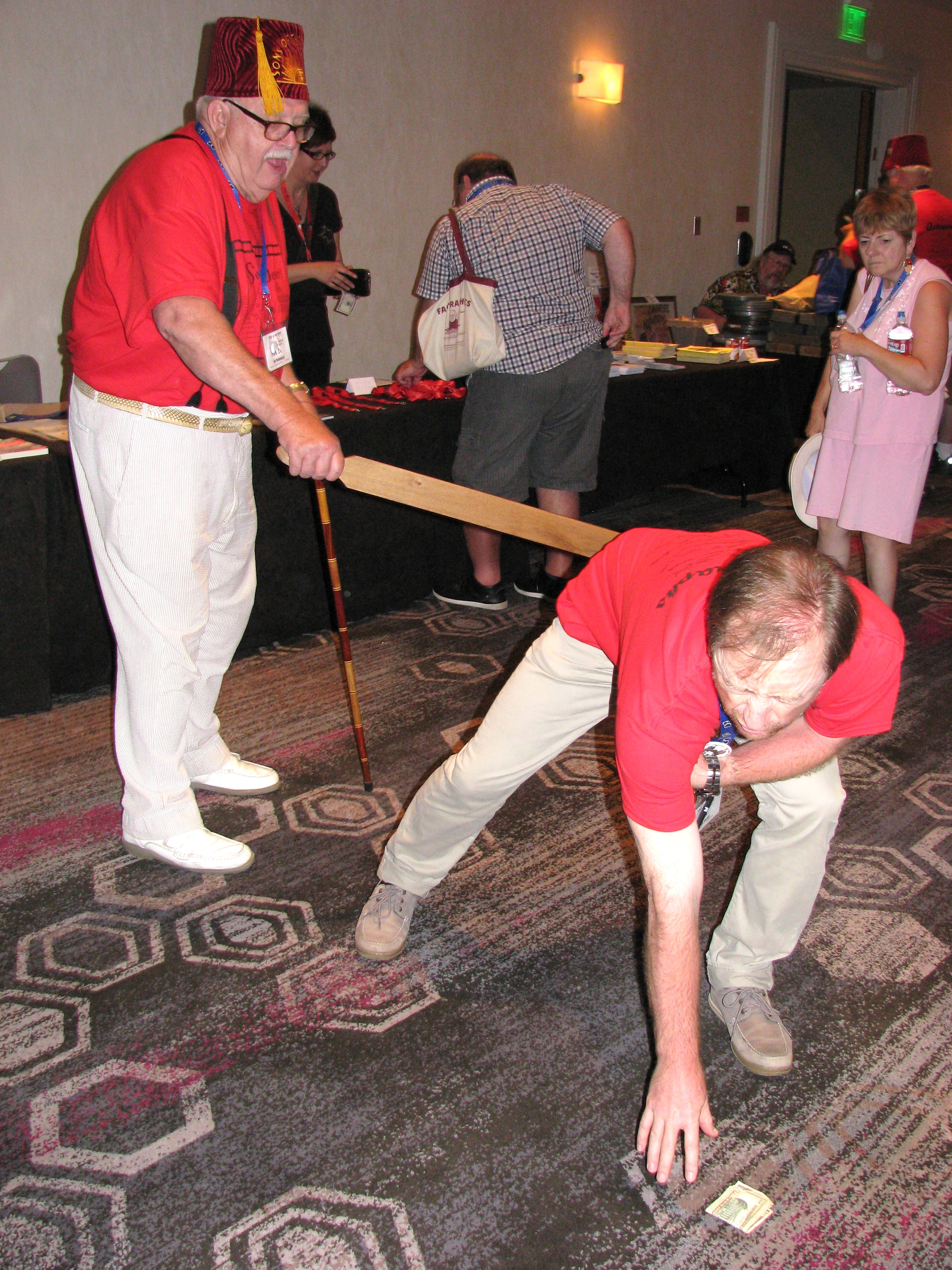 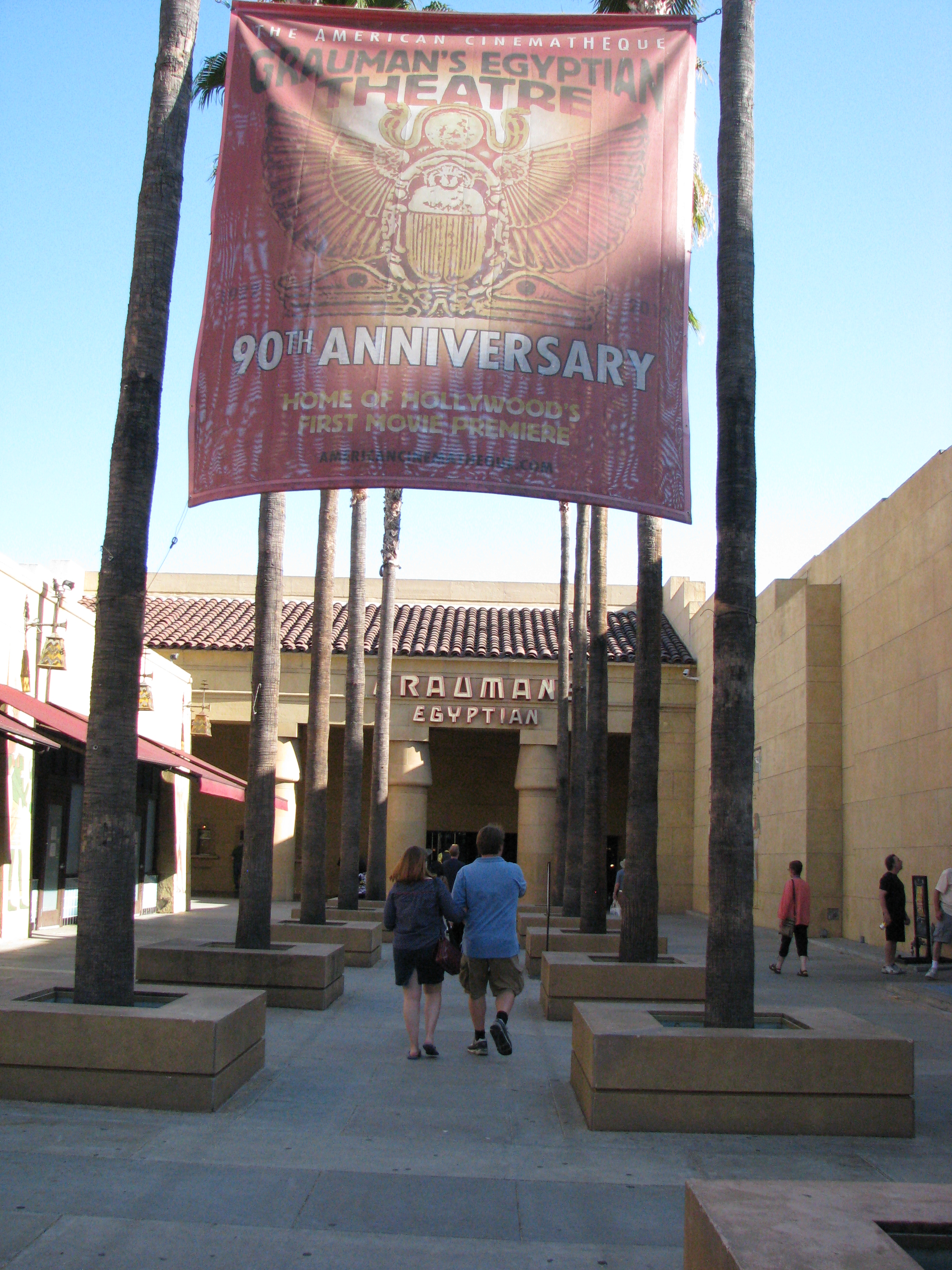 Many Sons went back to the Egyptian Theater for a complementary theater tour in the afternoon. Closing night of the convention was once again at the Egyptian Theater Betty Goulding, the widow of Chump’s director Alf Goulding attended. Betty was the very first celebrity Son I met at my first WOW Tent meeting in 1972! Richard W. Bann introduced another amazing night of films as the convention came to a close. Thanks Dick for your support with pictures and the films and helping with the film programs! 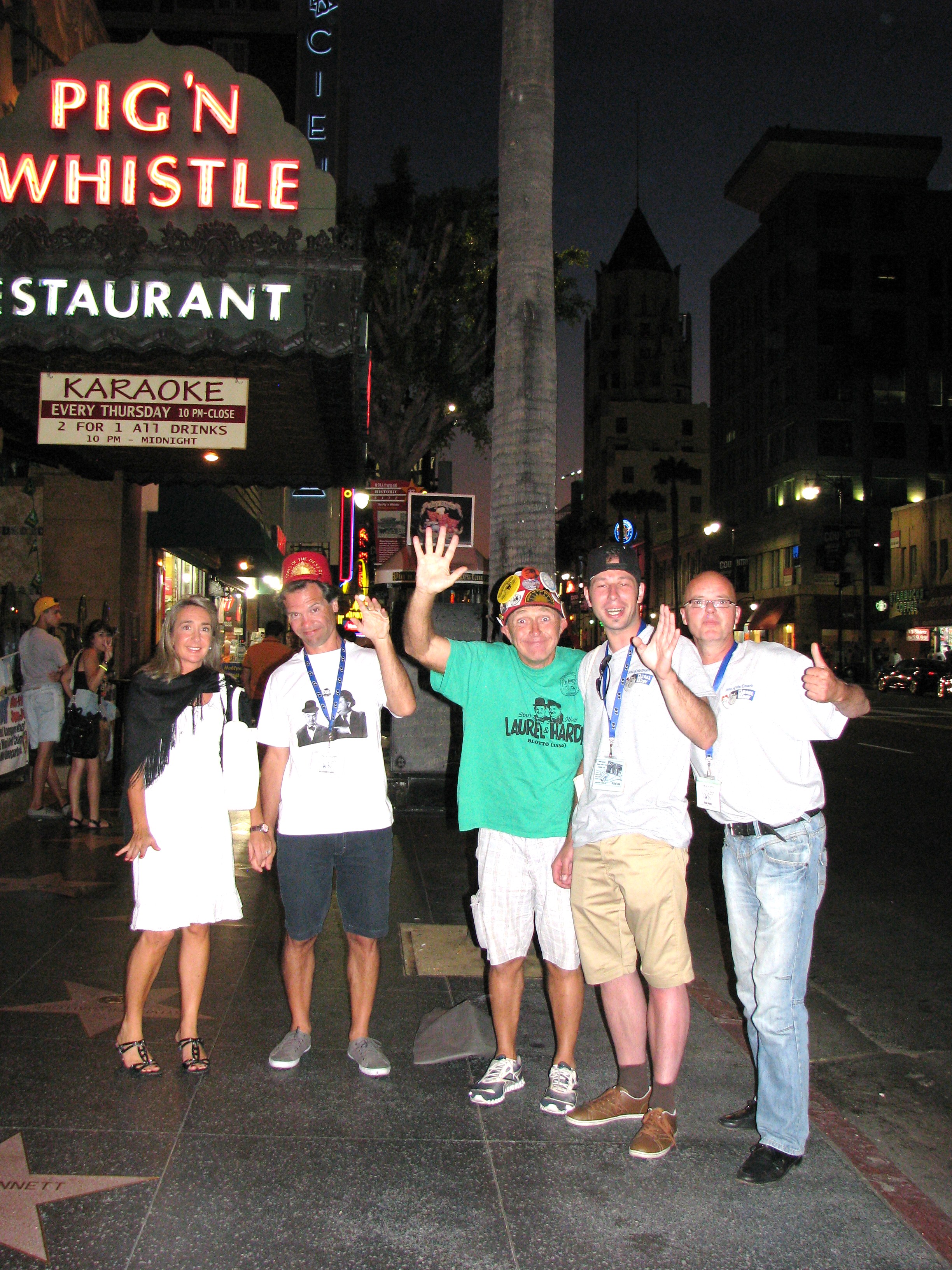 Alias, the convention closed and Sons took in a few more sights and one last dinner before going back to the hotel.