Today is one year since our third day began, with a slower pace on-your-own walking tour of Hollywood. This was our chance to stroll down the Hollywood Walk of Fame and check out the stars of Laurel and Hardy, Hal Roach, Billy Gilbert, Mae Busch and many more. We saw the famous Hollywood Mural, which featured our heroes, plus an apartment house that had Mae Busch and Oliver Hardy as tenants. We saw where the boys were surprised for the This Is Your Life TV show as well as where it all took place including the after party.

Later, back at the hotel, lectures, the trivia contest and the Grand Council took place before the evening’s Our Gang Reunion with a number of the actors who appeared in The Little Rascals series.

The Sons had the 4th of July evening free. People explored the area around the hotel more, had wonderful dinners and some even went to the Hollywood Bowl to see Steve Martin and his band and enjoyed the fireworks after the performance. 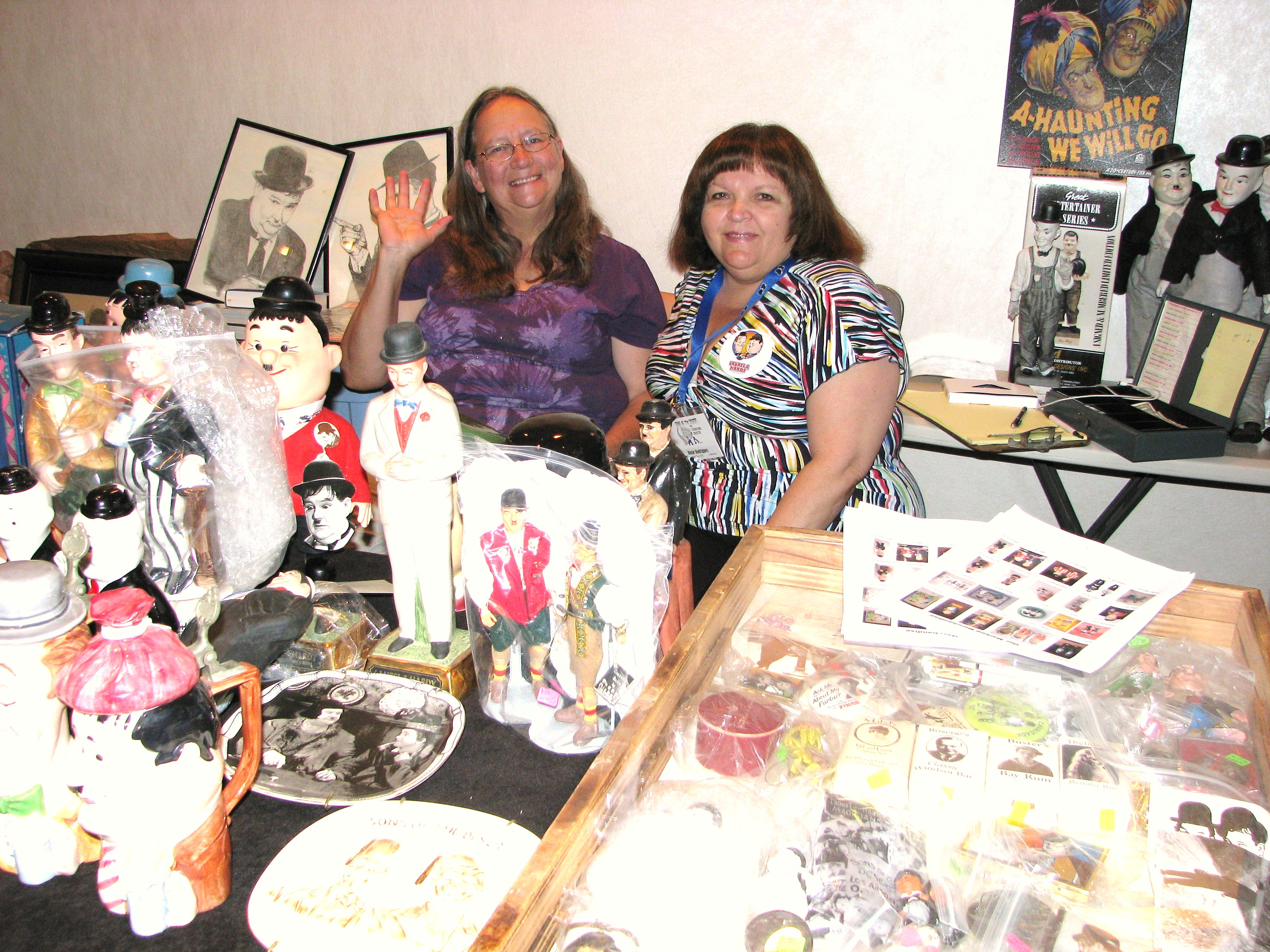 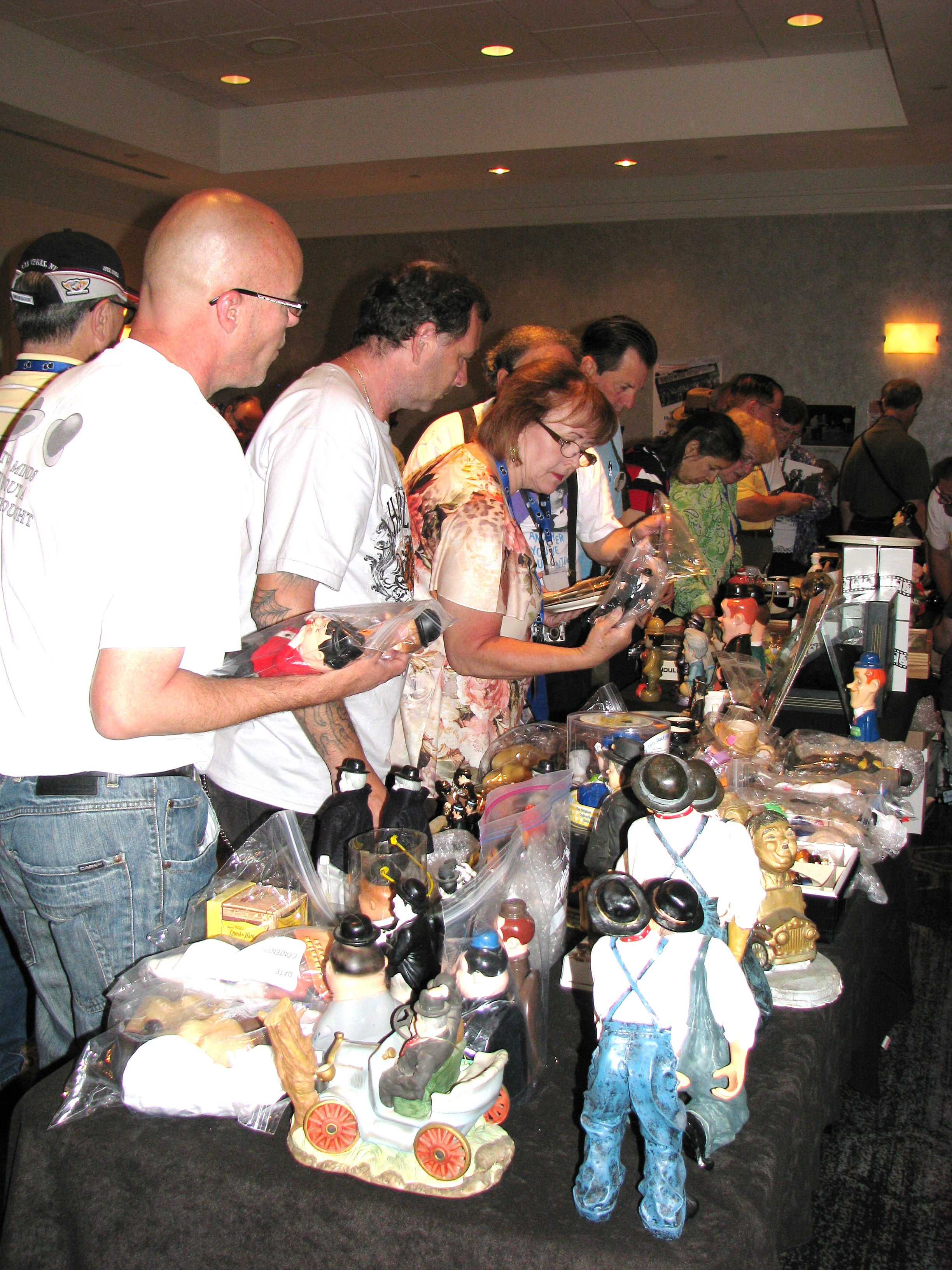 …and Sons quickly filled it up. 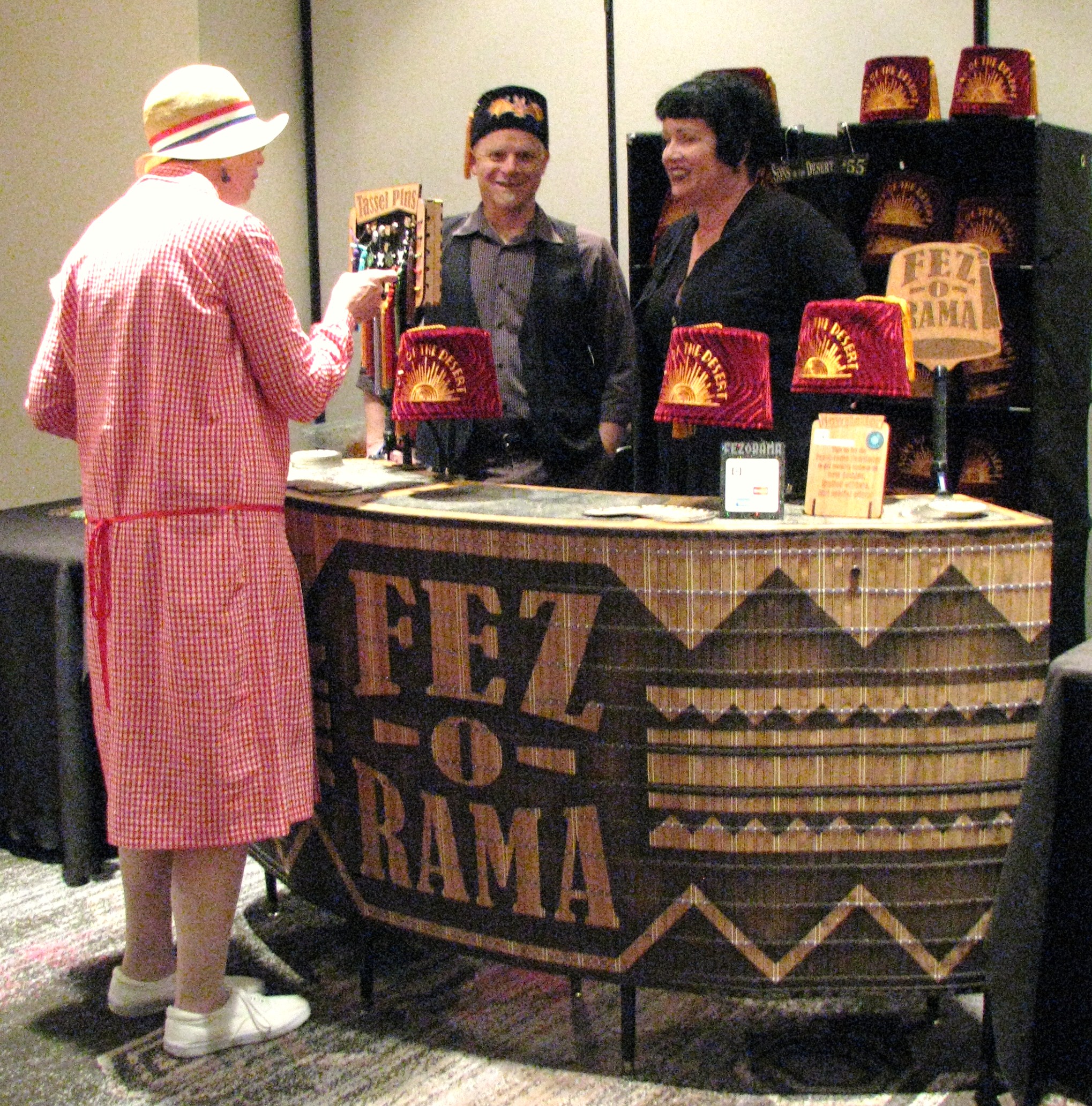 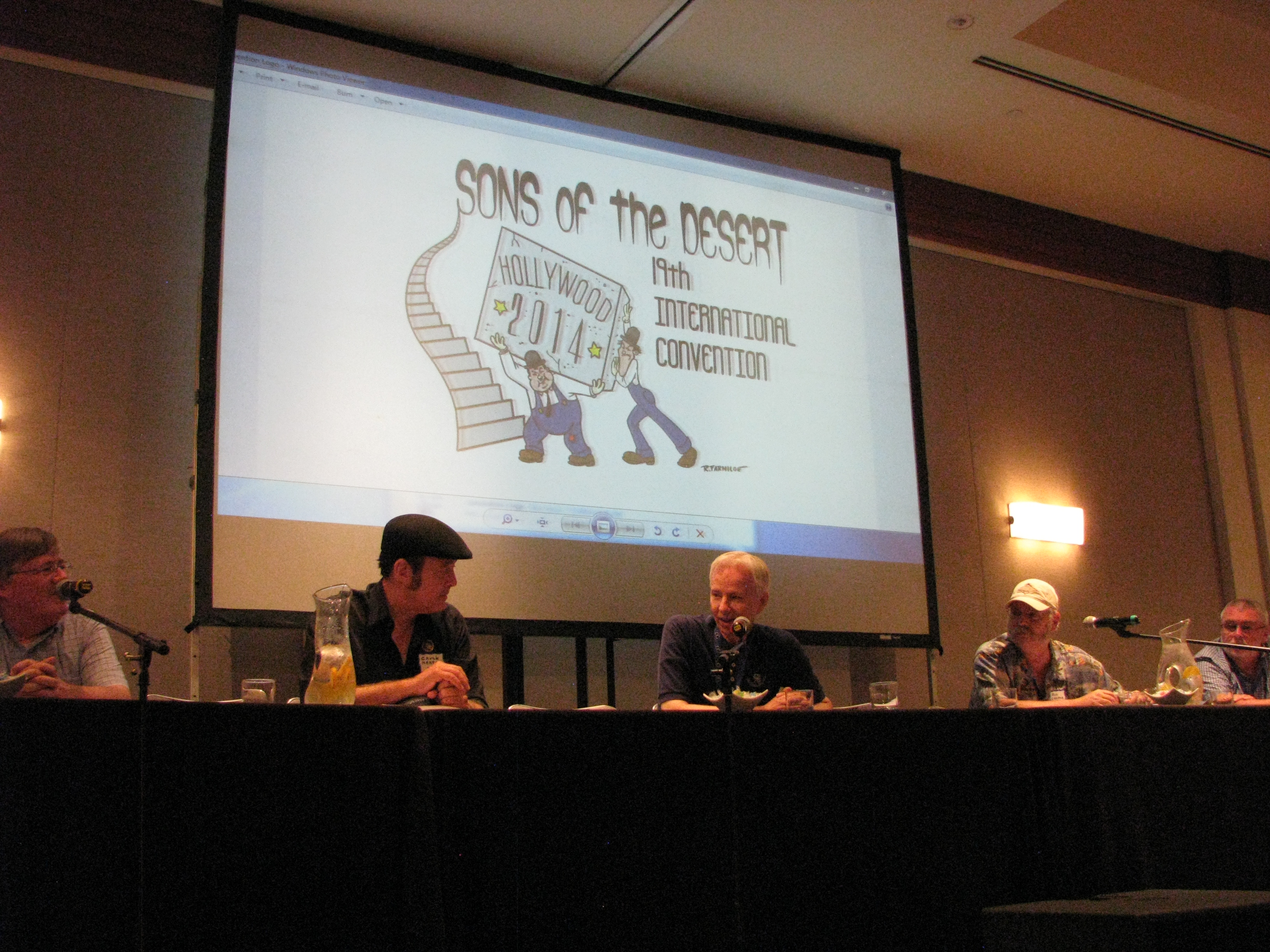 The Authors’ Panel was the first event of the day. 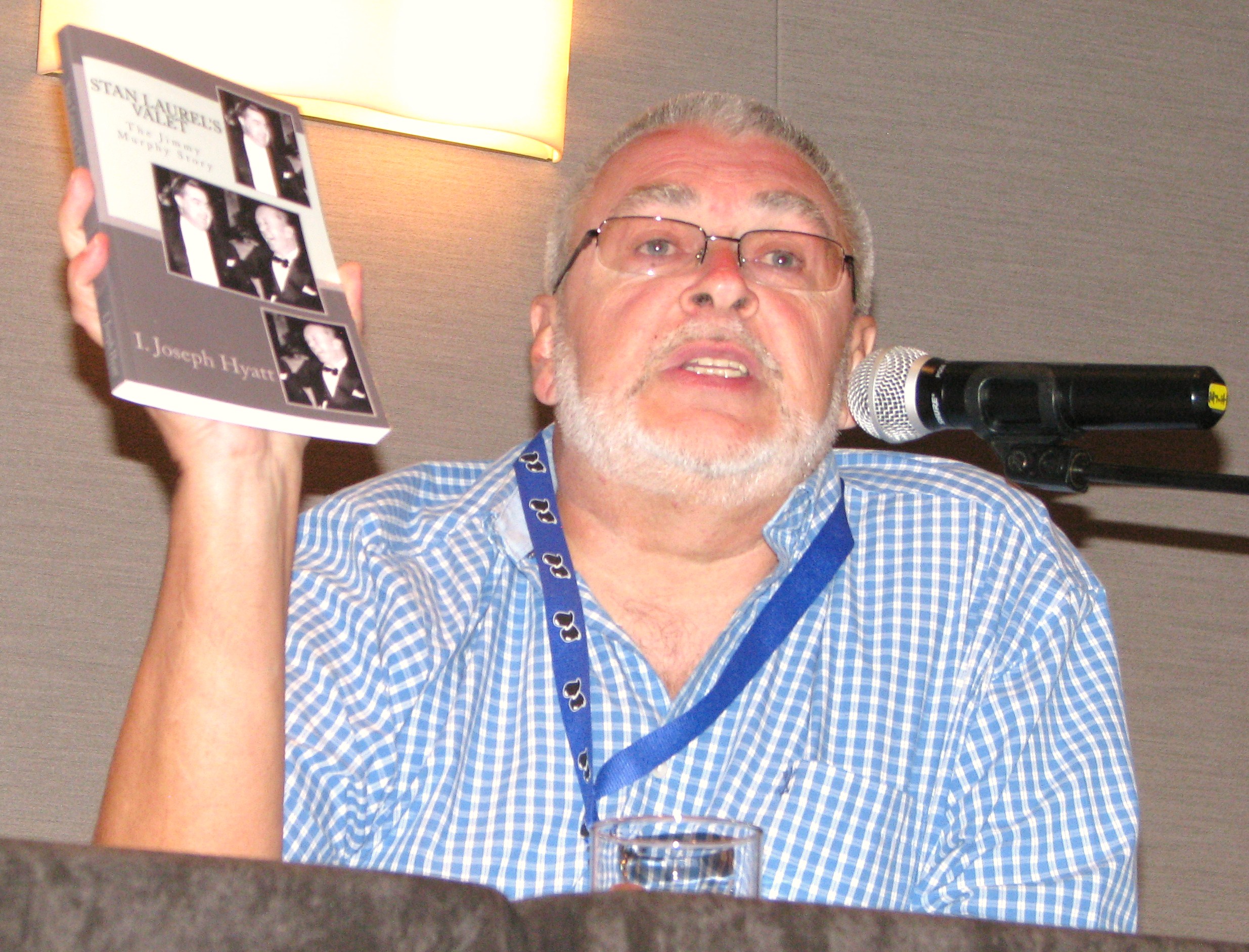 Irv Hyatt shows off one of his books. 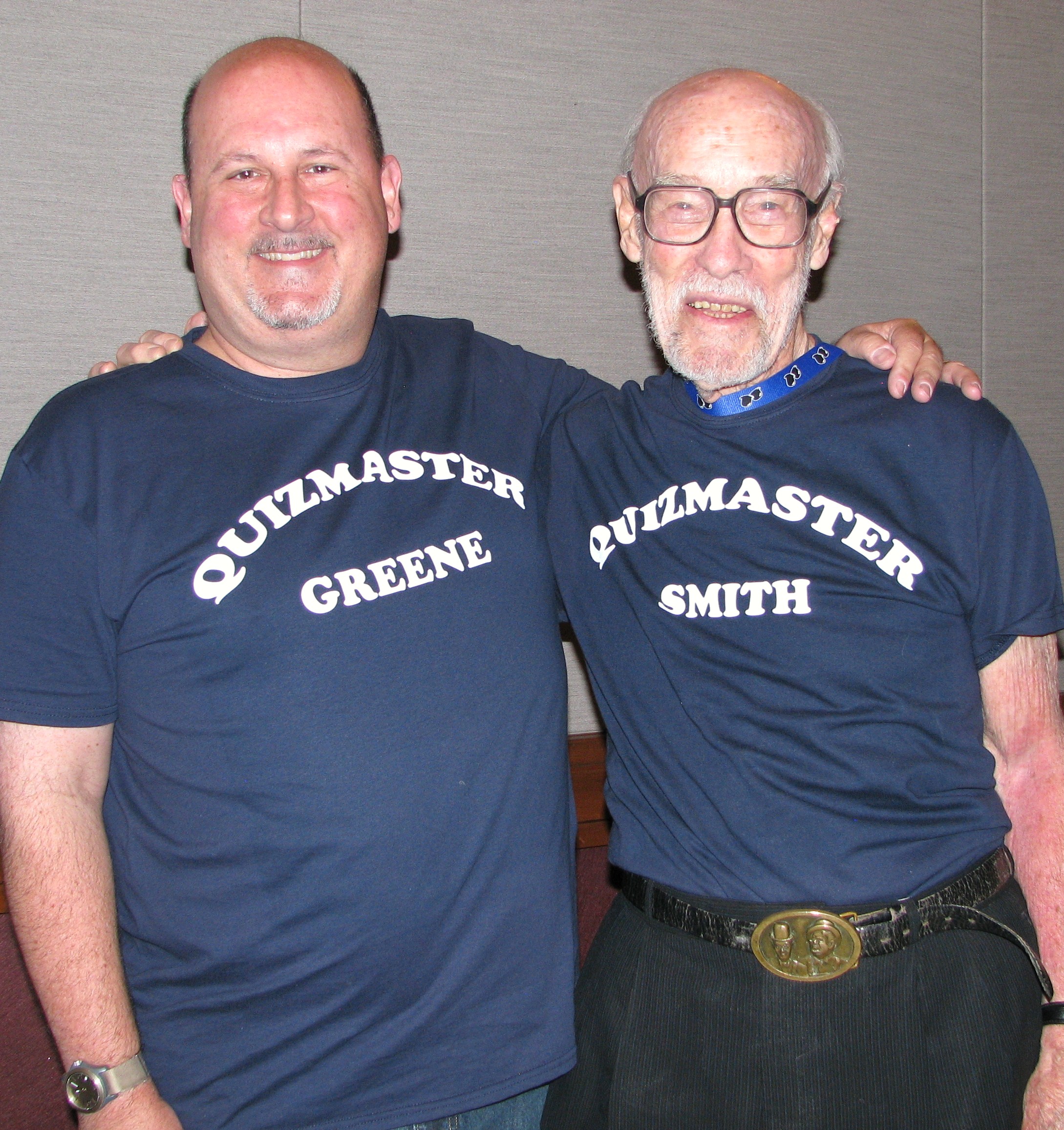 After many years apart Rick and Dwain reunited as they were the original quizmasters for the Sons Trivia Contest. 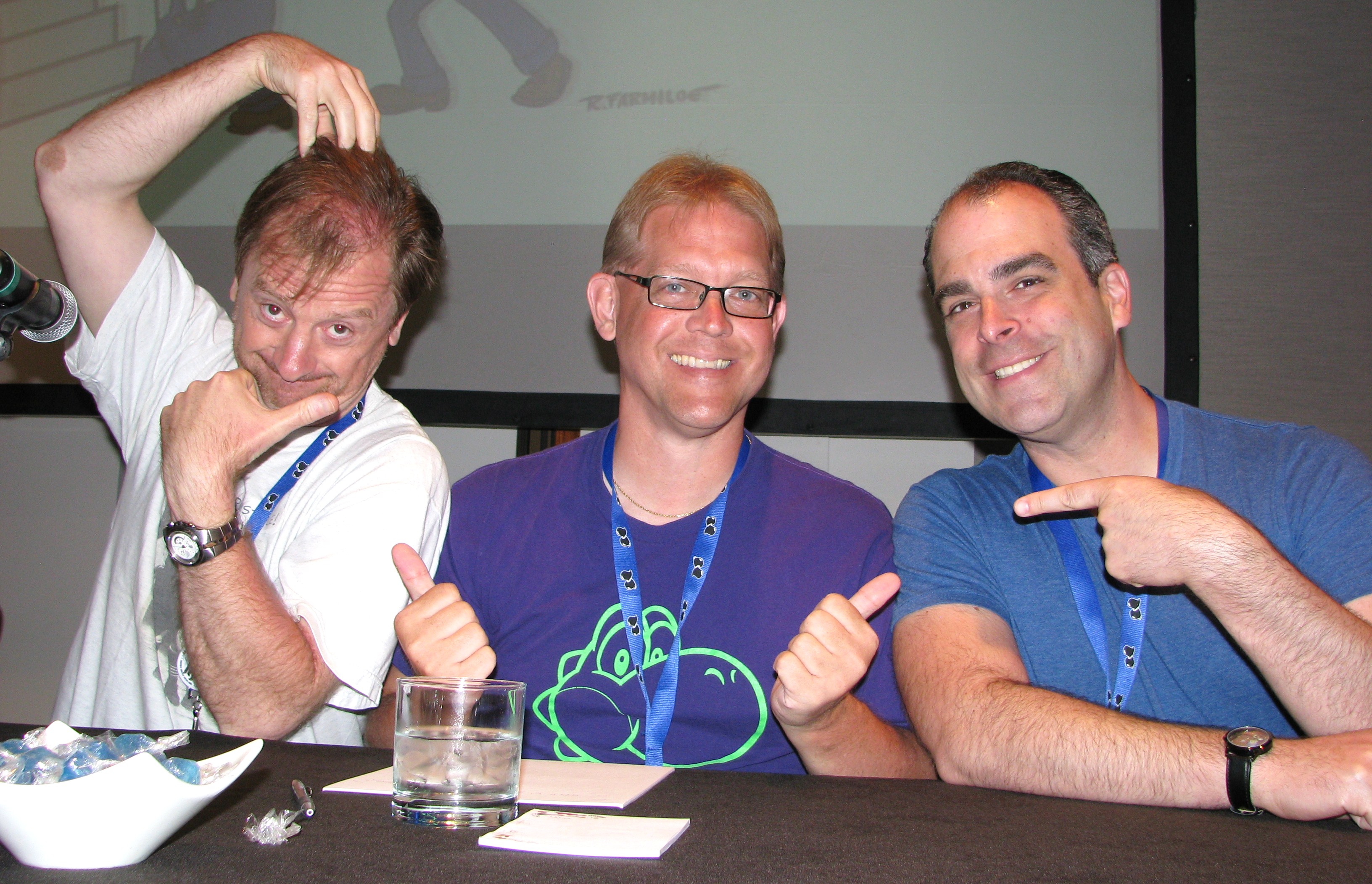 Peter, Brad and David knew if they could get into the contest they would win again. 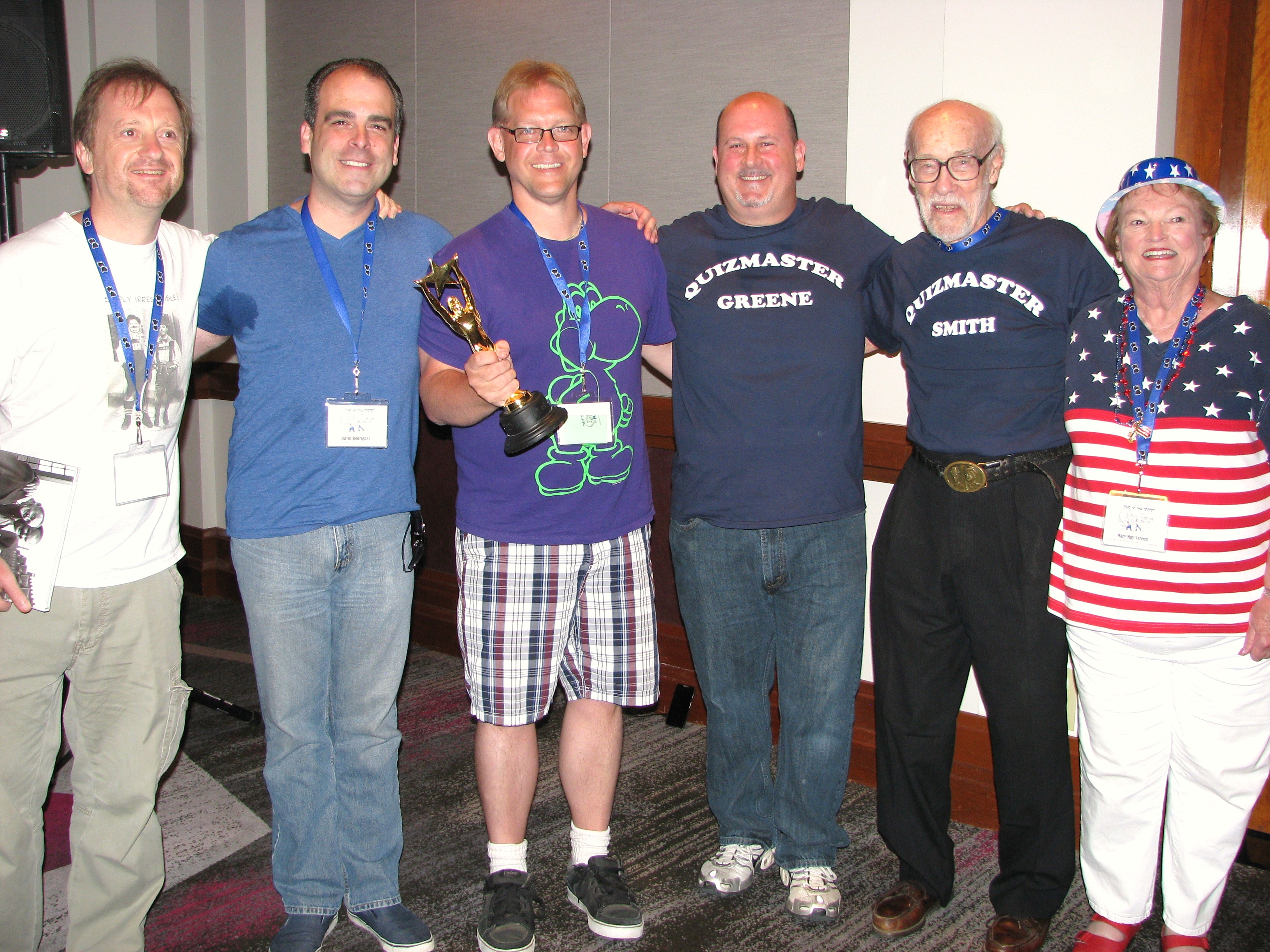 And they were right as the masters and the winners pose with the Vanna White of the contest Mary May. 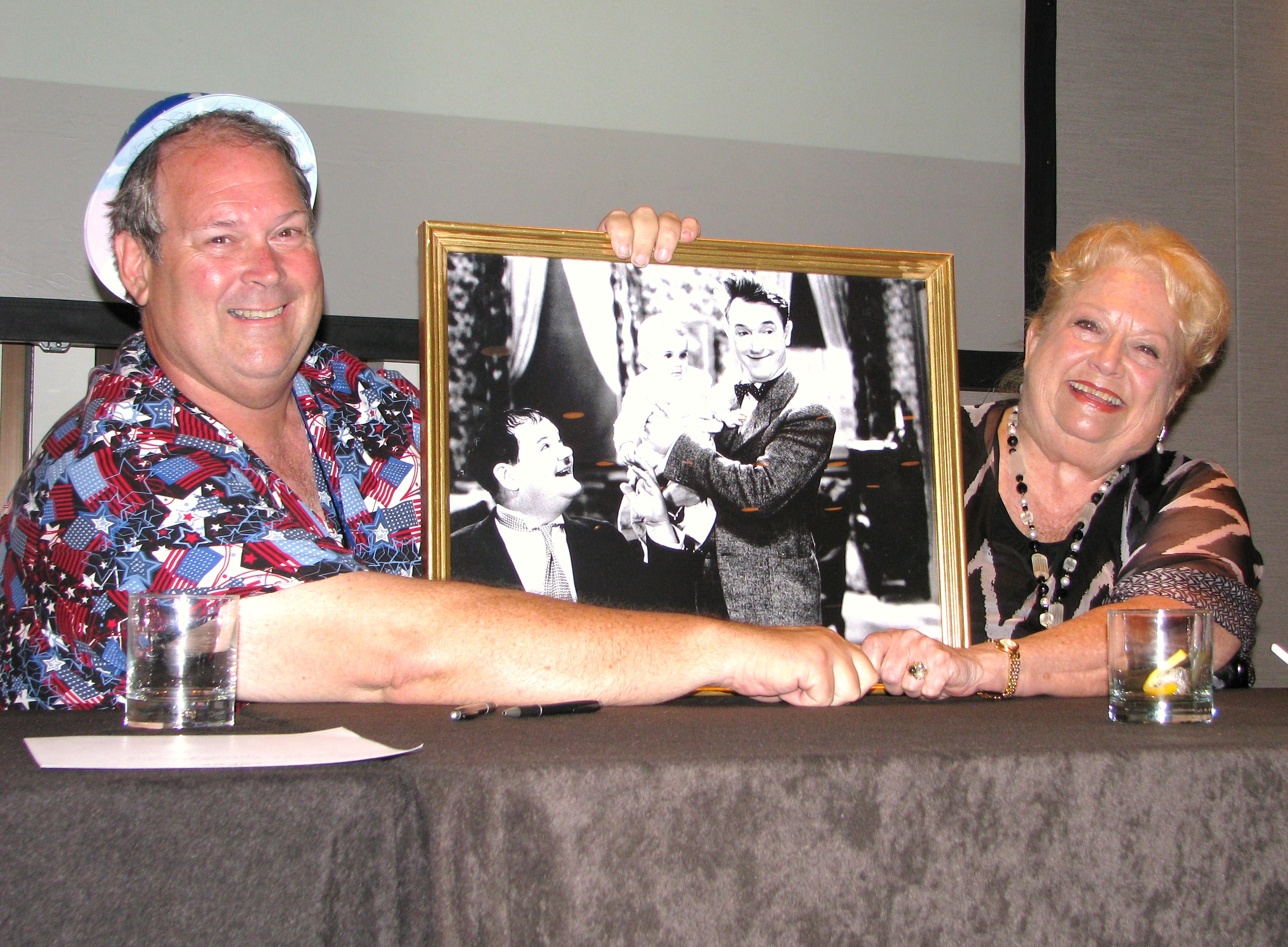 I had the honor of interviewing Margie Campbell who played Ollie’s baby in Their First Mistake, she is pulling my finger like she was doing in the picture as she tugged on Ollie’s finger. 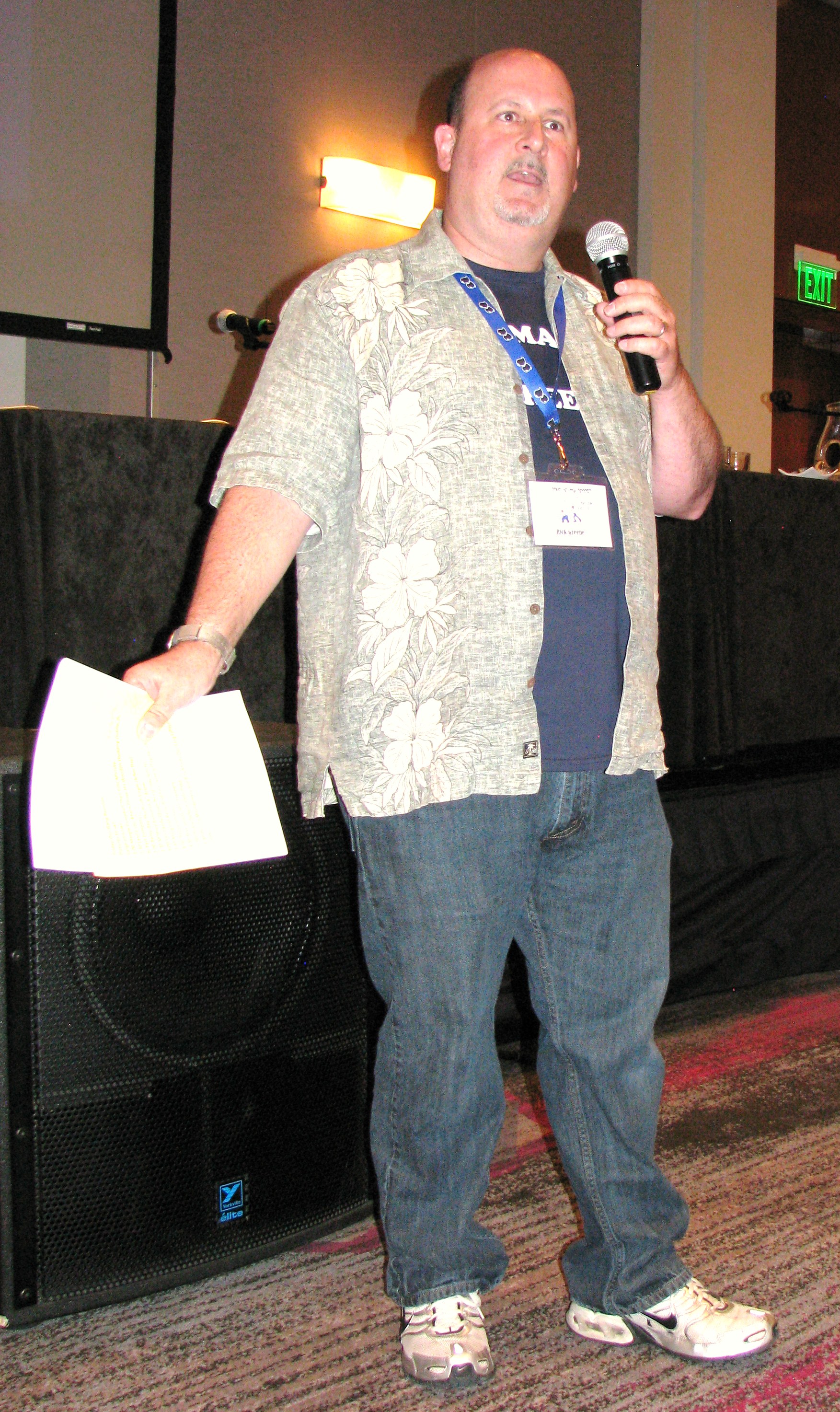 Rick Greene once again emcees the Our Gang Reunion at the convention (he did Hollywood ‘80’s too). 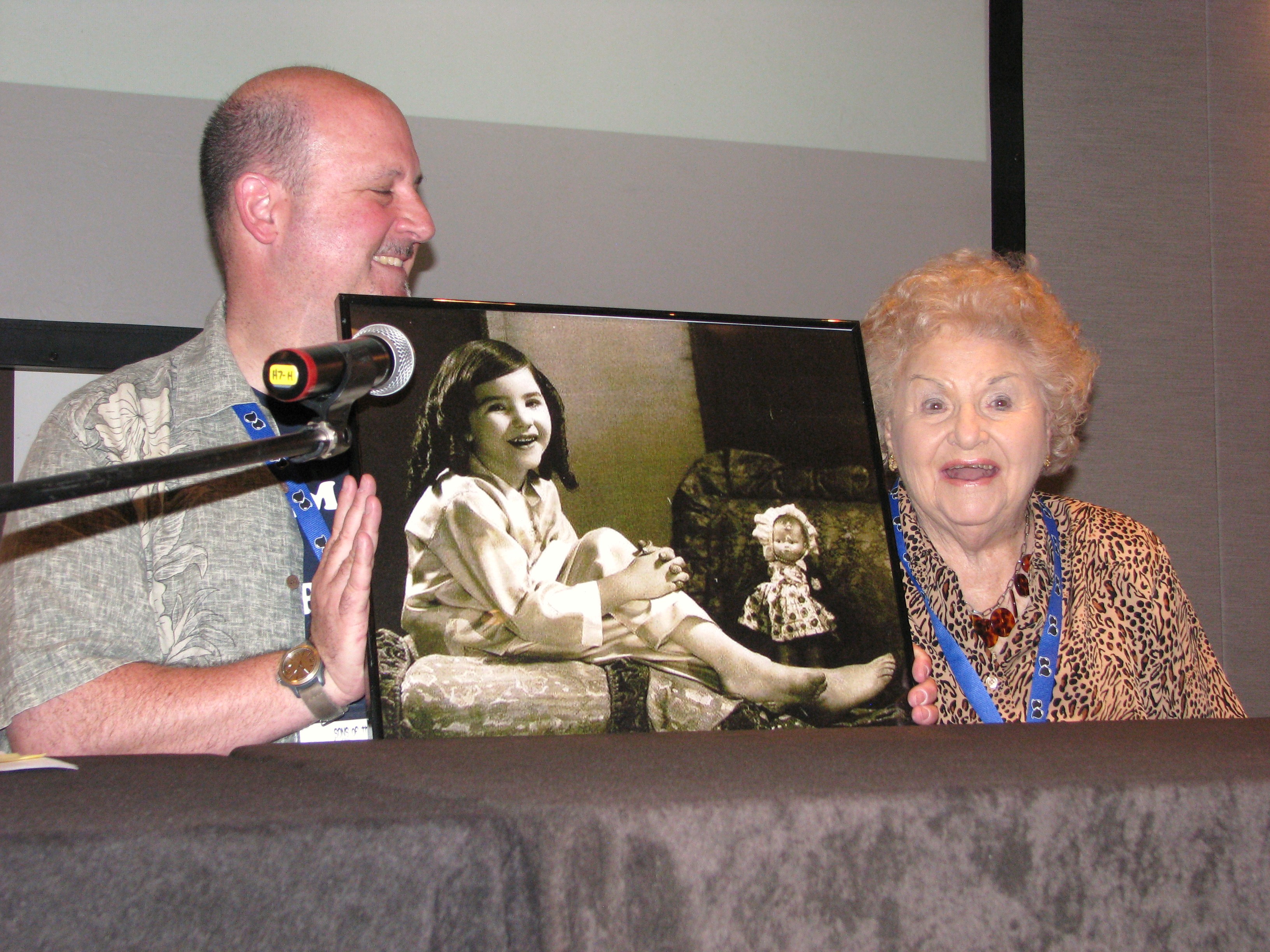 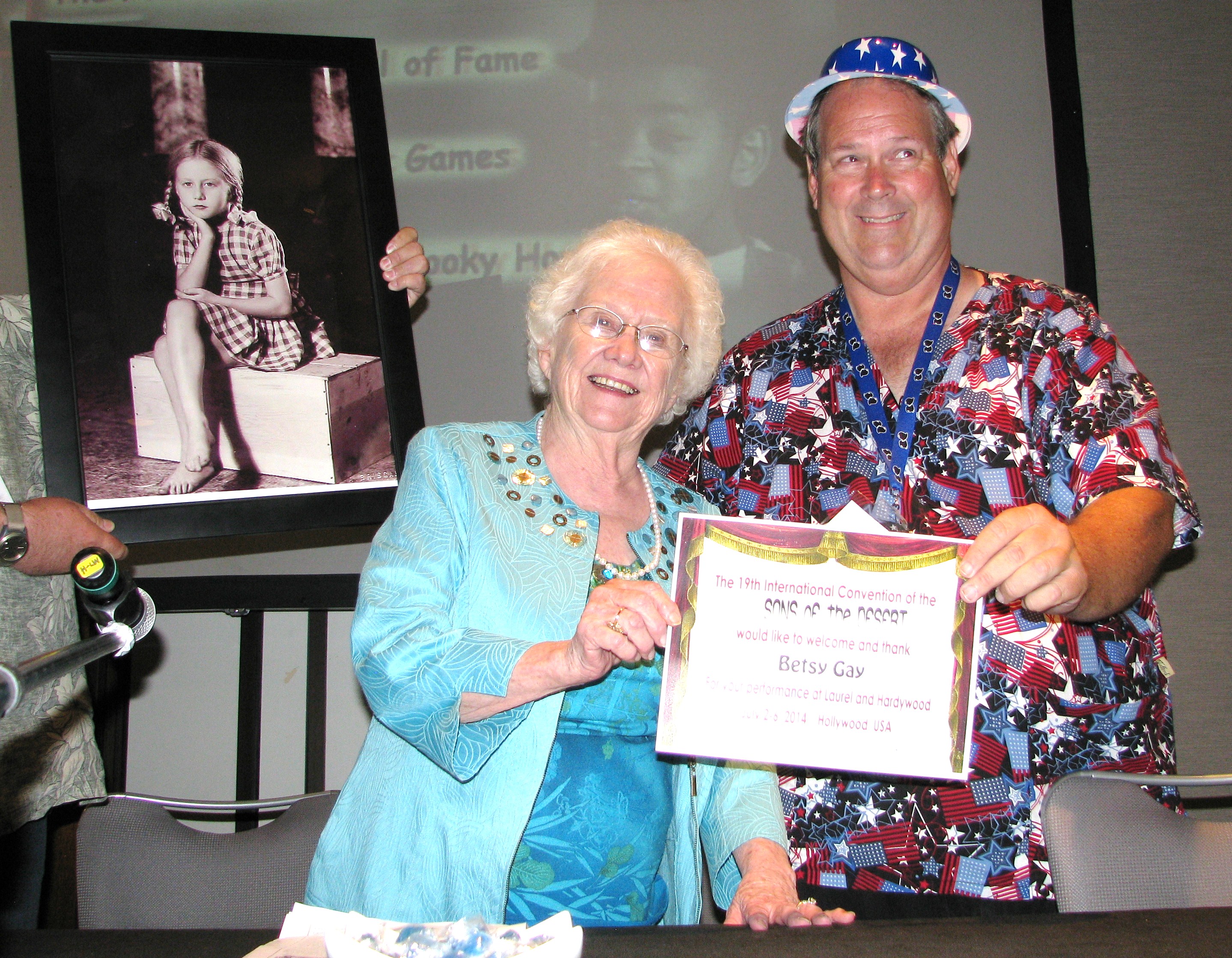 Mildred Kornman (like Lassie she appeared in Thundering Fleas which featured Oliver Hardy). Payne Johnson was one of the pigs in Babes in Toyland Our Gang Reunion, one of the biggest gathering of Our Gang members in years. Lee and Dee McBeath were able to get Stand and Hunter Freberg to make an appearance.