The following is a sample of the dealers and their products during the convention. The Dealers’ room is opened all day Friday and after the brunch until 3:00 on Sunday.

There will be a raffle at Pottsville, anyone wishes to donate items may bring donations to the event that night. There will also be a silent auction for two Stan Laurel checks. One written out to The Hal Roach Studios and the other to Mae Busch who endorsed the backside. Both are hand signed by Stan Laurel.

Author Chuck Harter will be selling copies of his book “Little Elf: A Celebration of Harry Langdon” for a special price of $40 instead of the usual $50 tag.   chuck.harter@earthlink.net

Fez-o-rama is happy to be returning for its second Sons of the Desert Convention – and we’re going to be bringing the licensed Sons of the Desert fezzes with us! Each fine embroidered velvet fez is hand-made in the USA, and features our artistic design on the films iconic imagery. You’ll find us in the Dealers Room Friday and Sunday, or visit us on-line at www.Fez-o-rama.com

I. Joseph Hyatt will be in the dealer’s room on Friday selling his two books, “Stan Laurel’s Valet – The Jimmy Murphy Story” & “The COLOR Ultimate Hollywood Victory Caravan Scrapbook”

Jimmy Murphy was Stan Laurel’s valet and close friend, and his life is now documented in “Stan Laurel’s Valet – The Jimmy Murphy Story“. Photos from archives and other private collections, including Jimmy’s own are used throughout the book. Special attention has been paid to the recreation of the two major American theater tours of Laurel and Hardy. Complete dates and locations of their U.S. Tours are published here for the first time. Amazing interviews with Jimmy Murphy, the crew, musicians and stars that worked with the team recreate these shows as if you were present.

The Ultimate Hollywood Victory Caravan Scrapbook captures the USA’s largest bond tour during the war years. Full color movie frames capture and recreate the entire show. Travel with the troupe to all 12 cities. Extra information includes the Mexico pre-show and the San Francisco post-show. Souvenir programs, ticket stubs and crew badges are reproduced, as well as advertising, interviews with the stars and publicity photos. See what it was like to travel with Laurel and Hardy from Mexico to San Francisco!

Jordan Young will be selling “The Comedy World of Stan Laurel” (centennial edition signed by John McCabe), “Laurel and Hardy: The Magic Behind the Movies” (1st edition hardcover by Randy Skretvedt, who will be signing) and “Reel Characters” including Anita Garvin (by yours truly). Also other L&H and vintage comedy books and collectables.

Mike Strauss will be selling the following items:  michaelstrauss44@yahoo.com 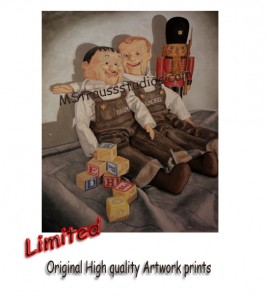 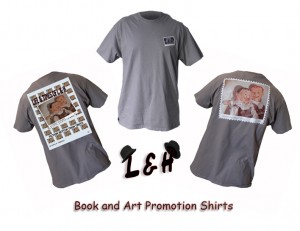 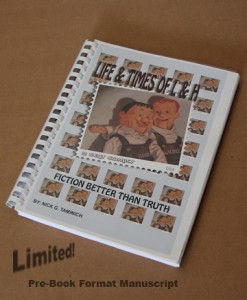